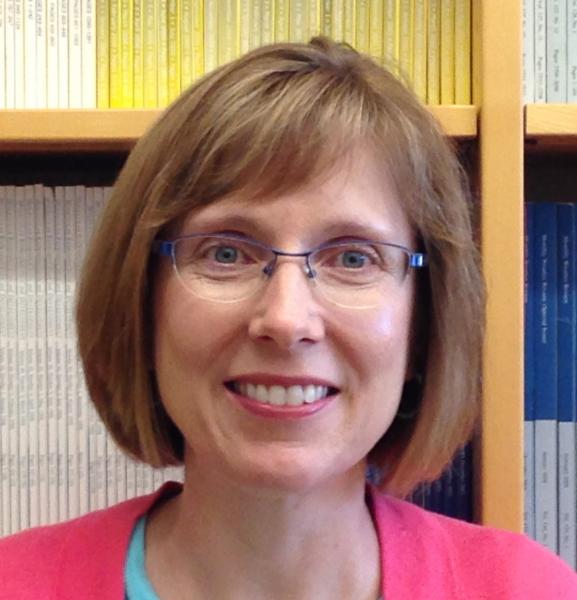 The United States Environmental Protection Agency (EPA) Library in Research Triangle Park (RTP) has a new director. Susan Forbes, who has served as the assistant director at the EPA Library in RTP since July 2005, has been appointed director effective June 21, 2013. She replaces Tamika Barnes who has accepted a position as library director at Georgia Perimeter College - Dunwoody Campus.

“We are pleased to have such a knowledgeable and engaged professional such as Susan in the director role,” said Dr. Gary Marchionini, SILS dean and Cary C. Boshamer distinguished professor. “She is familiar with the EPA Library and its processes and has proven leadership skills, strong library and technical abilities and student mentoring talents that will be of great benefit.”

Before her arrival to the EPA Library, Forbes spent seven years at The Dialog Corporation in various roles including subject specialist, project bureau manager and director of the U.S. Knowledge Center. She has also worked as a law librarian for the United States Courts. She taught the “Science Libraries” course at the School of Information and Library Science at the University of North Carolina at Chapel Hill in 2008. Forbes graduated from Meredith College and received her Master’s degree in Library Science from North Carolina Central University. She is active in the Special Libraries Association serving in several leadership roles with the North Carolina Chapter including director and president. She was a recipient of the 2010 North Carolina Special Libraries Association Meritorious Achievement Award.

SILS has provided library services at EPA-RTP since 1974. The agreement between the School and the Federal government provides contract employees from SILS who staff the library, including the director, and offers between four and seven internships every year for SILS Master’s students. The EPA Library serves the information needs of the roughly 2000 scientists working in the five laboratories on the EPA-RTP campus.

The long-standing relationship between SILS and the United States Environmental Protection Agency (EPA) Library was extended for five years in October 2009. The library internship program has offered an opportunity to develop practical skills in an active library for nearly 400 students since its inception. In turn, the program offers the EPA Library some of the area's best library students. This ongoing successful program has consistently delivered quality services, adapting as needed when changes were implemented.

“I offer special thanks to Tamika Barnes for her exellent service over the years,” said Marchionini. “We are grateful for her leadership and we wish her only the best as she moves into the next phase of her career.”