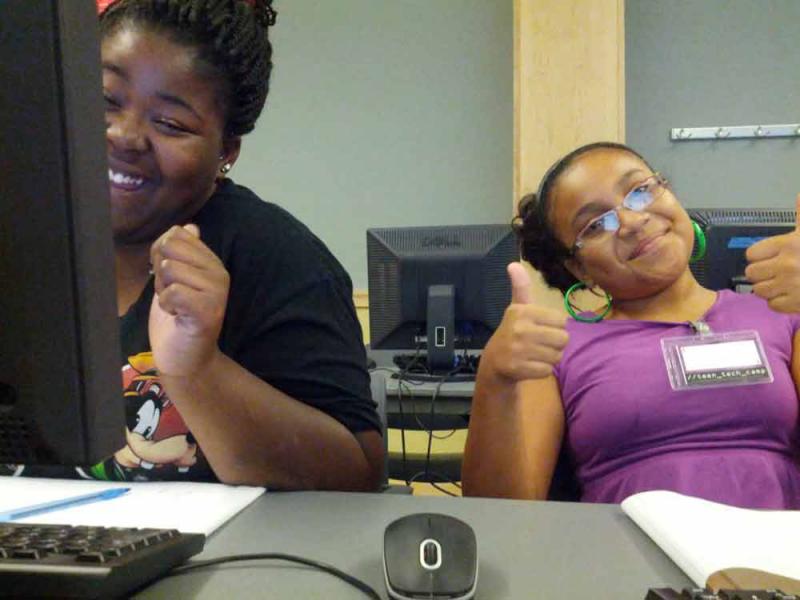 Thanks to the efforts of University of North Carolina at Chapel Hill School of Information and Library Science (SILS) alumni Sarah Kahn (MSLS ‘08) and Autumn Winters (MSLS '01), Teen and Adult Services librarian at Southwest Durham Regional Library, and their  colleague Julia Elman, 17 local teens were able to learn the basics of the Python programming language and take home free computers. This was made possible in an event created by Elman and Kahn called Teen Tech Camp that was held in August 2013 at Durham County Libraries Southwest Regional Library in Durham, NC.

According to the School Library Journal, “Seventeen students spent from 10 a.m. to 5 p.m. learning the basics of programming in Python as well as the ins and outs of using a Raspberry Pi . We were able to send them home with the materials provided by the grant, as well as a free monitor, keyboard and mouse. In other words, a free computer.” 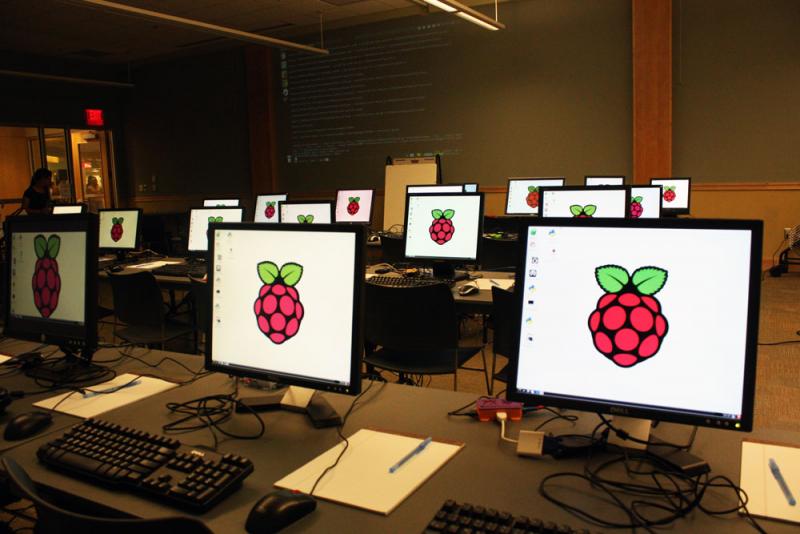 “At the 2012 Teen Tech Camp, one of the volunteers brought in a Raspberry Pi for the students to learn about,” said Elman. “It was by far one of the most interesting aspects of that event. Since the kids from the previous year seemed so intrigued by the Raspberry Pi, it seemed only natural to focus this year's event around it.”

The event was made possible by not only the efforts of Kahn and Elman, but also through a partnership with the Southwest Regional Library and the skills of SILS alumna Autumn Winters - as well as donations from the Python Software Foundation, Triangle Ecycling, Caktus Consulting Group, Project Greenlight, Splatspace and many individual donors.

The weeks of preparation and hours of setup paid off with a full house of excited teens who left with not only new computers, but also new enthusiasm for technology education.

Kahn, Elman and Winters all believe that seeing this excitement from the teens and their parents was the most rewarding element of the event.

“The highlight of the event for me was seeing how excited the kids were to learn- seeing the way that they would light up when they got a python function working for the first time, or when a concept clicked for them,” said Kahn. “Also, seeing how grateful the parents were. One mother had been desperately looking for technical activities and classes for her extremely precocious and tech savvy 11-year-old son, and wasn't finding anything. Another said, 'Bless you, bless you' tearfully when she learned her daughter would be taking home a functional computer.” 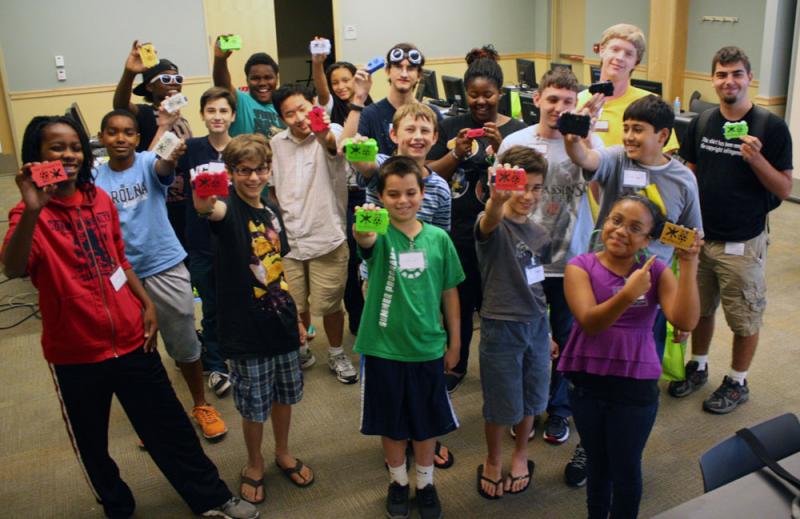 According to Elman, “The highlight of doing something like this is when you get to see how engaged, excited, and energized kids get when learning programming.  It is too often that we tell kids, ‘You're too young to understand.’ This was a chance to put that notion aside and let them know that you are never too young to learn,” she said.

For more information about the Teen Tech Camp, visit Elman's blog at: http://juliaelman.com/blog/2013/08/20/teen-tech-camp-recap/

"I gained confidence while I was [at SILS], too, knowing I was armed with the wherewithal to get and do a professional job."
-Jane Baugh (MSLS'79)