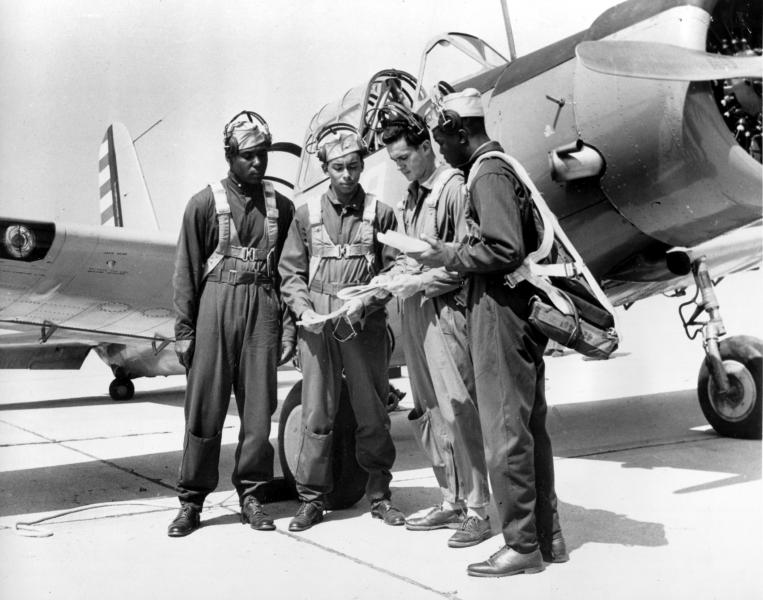 Dr. L. Teresa Church (Ph.D. ’08) has always enjoyed history and preserving her own and other’s historical records. In fact, she enjoys it so much she focused her doctoral studies and dissertation on how the heritage and memories of the African American community are documented and archived. Her dissertation, “Documenting African American Community Heritage: Archival Strategies and Practices In the United States,” was one example of her commitment to archiving and preservation. For the past two years, Church has helped preserve the memories of an important group from our nation’s history, the Tuskegee Airmen.

Dr. Church has had the honor of meeting a number of the original Tuskegee airmen in-person while she researched and documented her findings for a special project about the World War II pilots. She served as the Material Culture Expert for the exhibit at the Tuskegee Airmen National Historic Web site, in Tuskegee, Alabama, documenting the contributions.

The Tuskegee Airmen was “an all African-American pursuit squadron based in Tuskegee, Alabama, in 1941. The ‘Tuskegee Airmen’ refers to all who were involved in the so-called ‘Tuskegee Experiment,’ the Army Air Corps program to train African Americans to fly and maintain combat aircraft. The men overcame segregation and prejudice to become one of the most highly respected fighter groups of World War II,” according to the National Park Service Web site.

While working on the project, Dr. Church learned of the challenges and accomplishments these then young men went through during a time of unacceptance and hostility.

“Listening to these living legends talk about their experiences from the 1940s has inspired me to devote even more of my time and efforts to document and preserve African American history and primary sources wherever they may be found,” said Church. "Some of the Airmen have saved valuable photographs, documents and artifacts from World War II. They recall with such accuracy and richness of detail what it was like to be young Black men in uniform facing some of the hostilities they encountered in a segregated America. Then, there is the pride of victory and all of the accomplishments that have made the Tuskegee Airmen such treasures for researchers at home and abroad. They are so humble and appreciative for every effort to make their stories known." 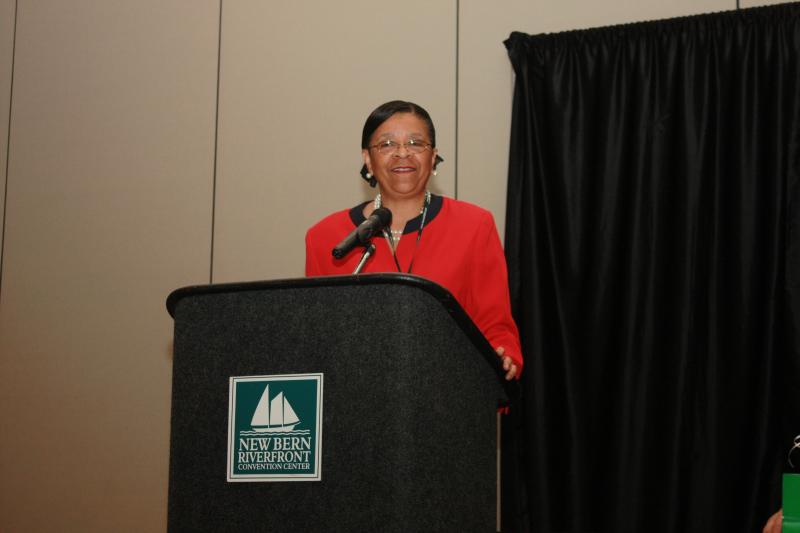 Dr. Church delivered the keynote address for the luncheon of the North Carolina Airports Association’s 33rd Annual Conference in New Bern, North Carolina in spring 2012. The title of her talk was “A Perspective On Flight From Another Height: Appreciating and Preserving the History of the Tuskegee Airmen.”

To an audience of 350 people at the NC Airports Conference, Church noted that: “The Tuskegee Airmen were not just the “best,” they were the best of the very best during World War II. They numbered nearly 15,000, including fighter pilots, bomber pilots, navigators, mechanics, armorers, crew chiefs, riveters, parachute riggers, nurses, flight surgeons, clerks, food service personnel and in other support roles that kept the pilots flying. More than 950 pilots trained at Tuskegee Army Air Field. They flew with distinction during World War II and debunked racist stereotypes that claimed Blacks lacked the intelligence to learn how to fly and operate complex machinery. Some of the Airmen continued on with lengthy military careers, while others made their indelible mark across a broad spectrum of civilian life in the United States and beyond.”

Dr. Church is an independent archival consultant and the sole proprietor of LTC Consulting.

Upper right photo: Second Lt. Gabe C. Hawkins, second from right, an Army instruction teacher, looks over a map before taking his students on a cross-country trip at Tuskegee, Ala., on Sept. 5, 1942. The cadets are being trained to join the first black combat unit in the U.S. Army Air Corps. (AP Photo)