It was 1990. The Internet had been born and scientists and researchers were using it to share ideas and results of their research among themselves. At the European Organization for Nuclear Research (CERN), a laboratory in Switzerland, British computer scientist Tim Berners-Lee was working on a way to share information with others in his workplace using the new network.  His efforts resulted in the creation of the World Wide Web (WWW), the beginning of a technology that has changed the way we do business; the way we work, play and socialize; how news is reported and received; and how we learn about, well, basically everything. 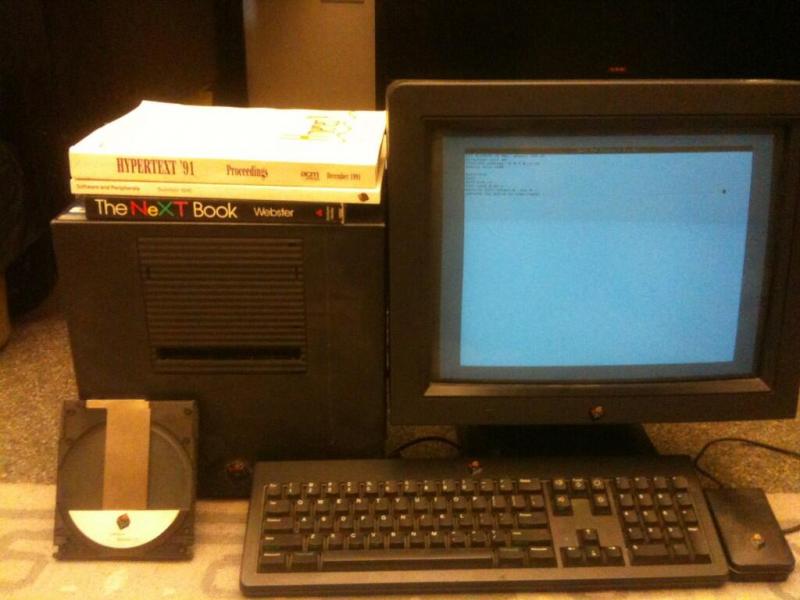 During a May 22, 2013 NPR broadcast on “All Things Considered,” it was reported that an important historical document - the very first Web page created - was lost and the earliest known “official record” was a copy of the Web site Berners-Lee saved in 1992, two years after WWW was created.

When Paul Jones, clinical professor at the School of Information and Library Science (SILS) and the School of Journalism and Mass Communication at the University of North Carolina at Chapel Hill, learned that the page had gone missing, he sent a tweet to CERN along with a link to his copy of the page that dated to 1991 – an even earlier version than the official 1992 record.

“Fact is that those pages — Tim Berners-Lee’s Demonstration Page for Hypertext 91 and my own personal page — have been on the net almost continually since they were developed and/or modified on my NeXT cube during Tim’s visit to UNC in the late Fall of 1991 on his way to San Antonio and the ACM conference in December 1991,” said Jones.

Berners-Lee stopped by to visit Jones at UNC at Chapel Hill while on his way to the Hypertext ‘91 conference where he would demonstrate his new World Wide Web project.  The folks running the conference had rejected his paper, but they allowed him a table for a demonstration. He had already been told he would not have a network connection, which meant he would need to physically transport his NeXT computer from Switzerland to San Antonio, Texas where the conference was being held.

Jones had been involved with early software releases on campus and had an interest in “Wide Area Information Servers (WAIS), database searching software, which was being developed at Thinking Machines, Inc. (a company mostly out of the Massachusetts Institute of Technology that included Brewster Kahle who would later found the Internet Archive).” Berners-Lee was also interested in WAIS technology and became acquainted with Jones through their colleague Jim Fulton.

“When Tim did come to visit, he already knew that I too had a NeXT just like his,” said Jones. “He stopped by. We talked about WAIS and WWW and beer and he pulled out a floptical drive (NeXT pioneered a read-write optical disk in a case). I installed Tim’s graphical browser on my NeXT. Tim talked me through using WWW by using a copy of his Hypertext 91 demonstration page.

“There was, as you see now, a link to the WWW - WAIS gateway for searching a database in the next room. When I clicked on the link, my information request first went to CERN in Switzerland then back to UNC to search the database. The results then left UNC for Switzerland where html was added and then the results sent back to my NeXT.”

Around the same time period, Jones was developing his own project, one of the first, if not the first, online libraries. In 1992, he created what is now ibiblio.org, a free and vibrant exchange of ideas among a large community of contributors who share their knowledge across disciplines – a library of libraries. Offered first as an original Sun Microsystems SunSITE, then as Metalab, the online library finally rested on the ibiblio name in 2000. The copy of the first Web page and some early Web pages thereafter, were placed on ibiblio.org early on and still reside there. They are freely available to all who are interested in viewing them. 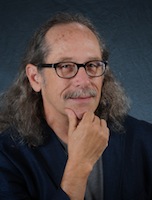 A new-age renaissance man of sorts, Paul Jones seems to have always been ahead of the curve when it comes to technology. At UNC at Chapel Hill, he has been involved with technology since 1977 in some shape or form. He is the founder of the original SunSITE program, which is now replicated in over 60 countries. He is the recipient of several technology awards including two IBM Faculty Research Awards. He is also a poet and serves as editor of the Internet Poetry Archive. Many of his poems have been published and he’s won multiple prizes and awards for his prose and poetry. He seems to know everyone, or was there when things of great importance were happening.

“I have known him since I began here as a student in the late 1990s and he has always been someone of interest,” said Dr. Ron Bergquist, clinical assistant professor at the School of Information and Library Science at UNC at Chapel Hill. “As I got to know him better, I realized that there is almost nothing about the world of technology and popular culture that he does not know, and that he more often knows by having been personally intertwined in it.”

By simply being there, offering access to his NeXT block and having a true interest in learning about Berners-Lee’s project, Jones once again was ahead of the curve. The result is the preservation and archiving of one of the most important pieces of history that has changed our world since the Gutenberg printing press. If the original copy is never found, the page that was and is still stored on Jones’ NeXT computer - and more easily retrieved from ibiblio.org - provides a glimpse of what is believed to be a copy of the oldest version of the World Wide Web.