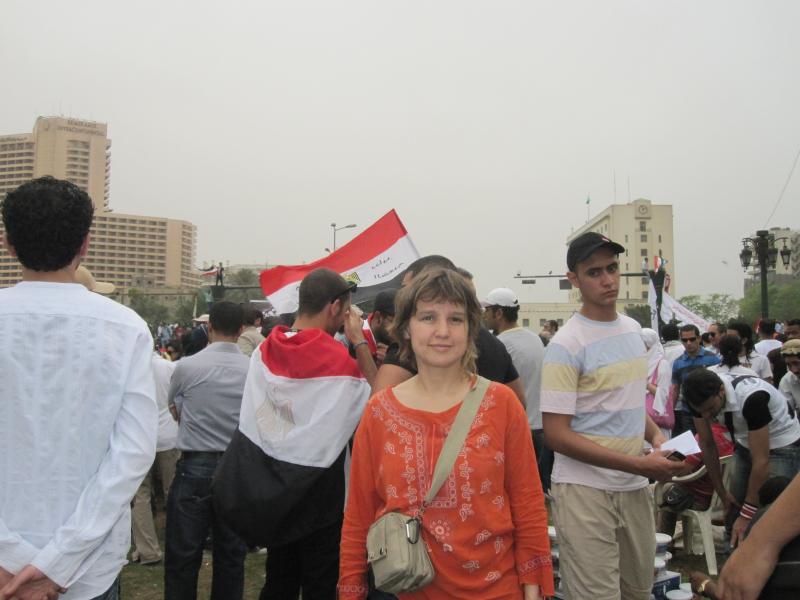 Does Facebook cause loneliness? What does Twitter have to do with revolution? Who acquires friends through social media and why? What can we learn about social networking sites from non-users? Did technology have an impact on recent presidential elections? How did the use of social media impact the Arab Spring? These are just a few of the questions that Dr. Zeynep Tufekci researches and then addresses on her popular blog.

Tufekci, a SILS assistant professor and adjunct faculty member with UNC at Chapel Hill’s Department of Sociology – also a fellow at the Center for Information Technology at Princeton University and a fellow at Harvard University’s Berkman Center for Internet and Society – has research interests in the social impacts of technology (especially social computing), research methods, gender, inequality and new media. Because the topics of her research are so relevant to current events, she is frequently quoted in newspapers and on Web sites such as
The New York Times, Time, The Economist, The Washington Post, the Los Angeles Times and international publications and sites such as Public Radio International’s The World, The Sydney Morning Herald, The Times of India and a myriad of other news sources. Shortly after the presidential election, Tufekci contributed an Op Ed piece to The New York Times about the impact technology had on President Obama’s re-election campaign.

In the editorial, she offers the following insight about how databases and the Internet were used to determine and persuade voters to hit the polls:

“How did Mr. Obama win? The message and the candidate matter, of course; it’s easier to persuade voters if your policies are more popular and your candidate more appealing. But a modern winning campaign requires more.

As Mr. Messina [Obama’s campaign manager] explained, his campaign made an “unparalleled” $100 million investment in technology, demanded “data on everything,” “measured everything” and ran 66,000 computer simulations every day. In contrast, Mitt Romney’s campaign’s data operations were lagging, buggy and nowhere as sophisticated. A senior Romney aide described the shock he experienced in seeing the Obama campaign turn out “voters they never even knew existed.” And that kind of ability matters: while Mr. Obama did win decisively, the size of his lead in four states that determined the outcome, Florida, Ohio, Virginia and Colorado, was about 400,000 votes — or about 1.2 percent of the eligible voters.”

Her research on the social impacts of technology covers a broad range of topics including the latest ethical question of whether or not the photo of the unfortunate man who had been pushed onto the tracks of a New York subway in front of an oncoming train shoud have been published by the New York Post. Her comments on her blog are candid, honest and they include her personal experiences of seeing other photos, some quite morbid, which were visual representations of the results of war that are normally not disclosed in the media.

The changes brought about by newer technologies such as cell phones with photo taking abilities - which can be immediately shared with the world via Facebook, Twitter, YouTube or other social media - have changed how wars are fought, help is sought, perceptions are brought about and how things and ideas are marketed.

Tufekci shared an example of how social media changed the outcome of needed medical assistance during the Arab Spring uprising. She speaks of an incident in 2011 in which multiple field hospitals were set up around Tahrir Square, but there was an obvious need for coordinating the flow of supplies, doctors and patients around this large public square in the middle of intense clashes. Using Twitter, Google spreadsheets and cell phone contacts, a young pharmacy student in his early 20s worked with a few other young people to coordinate the flow of supplies to a sizeable field hospital operation during these clashes in which, unfortunately, more than 30 people were killed and thousands wounded. This is indeed an outcome that is far different from previous uprisings or wars that relied on different means of communication.

Dr. Tufekci investigates a number of other social issues that are being impacted by technology such as privacy and free speech. She is passionate and vocal about her research, which is evident in her blog posts, articles, books and many presentations. It’s not surprising that she is contacted regularly by media outlets such as National Public Radio (NPR) and MSNBC for her expertise and views about topics ranging from social media and the Arab Spring, to Twitter’s policy on blocking tweets, to controversial photos.

Last spring, Tufekci was interviewed on Public Radio International’s flagship international affairs show The World, which is broadcast on NPR. She spoke to host Marco Werman about the news released in the United Kingdom’s Guardian newspaper, which had obtained e-mails written by Syrian leader Bashar Al-Assad and members of his inner circle during the year-long uprising in that country.

“The revelation of e-mail accounts alleged to belong to Bashar and [his wife] Asma Assad had once again revealed how the rapid spread of new technologies can contribute to unprecedented kinds of surveillance,” Tufekci said. “What would have been perhaps pieced together by historians much later and in much later fragments appears to have been exposed in real-time. This level of unearthing of personal correspondence of a dictator during an ongoing uprising is without parallel in history.”

With her focus on researching the changes brought about by new and innovative technologies, Tufekci has her finger on the pulse of how our lives are evolving and history is changing.