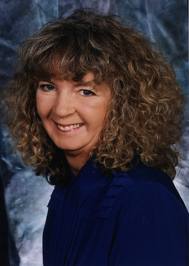 Whitney graduated from the University of North Carolina at Chapel Hill with both a bachelor’s ('69)and master’s degree and completed her doctorate at the University of Michigan in 1988. She is best known in the library world for creating and moderating the JESSE listserv in 1994 which was the leading discussion group for library and information sciences educators around the world until the StanleyK discussion group was established in 2007. She was involved with the Association for Information Science and Technology (ASIS&T), an international professional agency for information professionals, serving in several capacities including the Board of Directors and the deputy director of the SIG Cabinet. She established and managed a list for Metrics and according to her Web site she has works of fiction that may be available this spring. Her current creative activities listed on her site include, “Bullying in higher education; applying old ideas to current information problems for new insights.”

Whitney taught courses in information environment, Web design and content representation from 1994 until her retirement from the University of Tennessee in Oct. 2009. Prior to coming to UT, she was on the faculty at the University of Arizona. Whitney also worked in special libraries and the information industry.  She is survived by her sister Kay Whitney Fagundus of Winterville, NC.