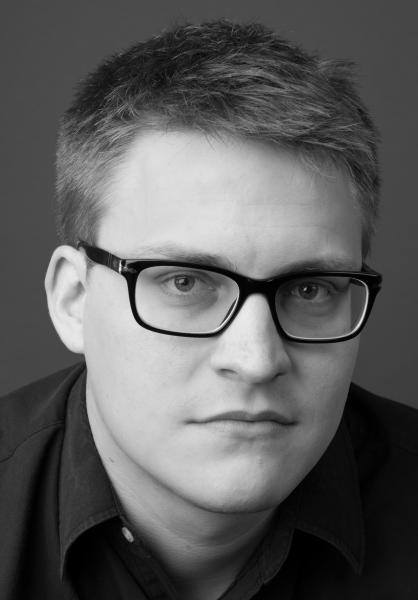 Since graduating from the University of North Carolina at Chapel Hill’s School of Information and Library Science (SILS) in 2011, J. Scott Brownlee (MSLS) has kept busy publishing poetry and has recently been honored for some of his works. Brownlee was named Poet of the Week by the Brooklyn Poets and late last year received the 2013 Button Poetry Prize – “exploding pinecone chapbook contest.”

“[Receiving these honors] is reaffirming, definitely,” said Brownlee. “As a writer—especially a poet—it is not uncommon to write for years, decades even, without receiving a single award or accolade.  Since writing is mostly a solitary business, having other folks read poems and enjoy them is quite literally a dream come true.  Not a day goes by that I'm not incredibly grateful for the opportunities I've been afforded as a graduate fellow in NYU's Creative Writing Program and, prior to that, a SILS student.”

As Poet of the Week, Brooklyn Poets highlighted Brownlee’s Poem “Hill Country Elegy,” which he originally published in the literary magazine Ninth Letter.
Brownlee was also honored with the 2013 Button Prize for his chapbook Highway or Belief.

“Highway or Belief, as you might intuit from the title, is a book concerned with how the physical world (i.e., highway) dictates and creates the metaphysical world we superimpose on it (i.e., belief),” Brownlee said in an interview for podcast Late Night Debut. “All of the poems address life in my hometown: Llano, Texas. They are especially interested in capturing the mindsets and perspectives of a variety of the town’s citizens, both living and dead.”

The poem’s speakers and subjects include high school teammates, military veterans, an angel and more.

When not writing, Brownlee has kept busy with a variety of jobs since leaving SILS. From 2011-2012, Brownlee worked as a Program Coordinator for the School of Undergraduate Studies at the University of Texas-Austin, where he worked on a grant for $150,000 to develop and co-author a Web site called “Making Decisions with Data.” He also worked on a $1 million grant called “College Readiness Assignments for Texas,” which aimed to develop classroom assignments to help prepare Texas high school students for college.

“I am a part-time pre-professional academic advisor for the College of Arts and Sciences, where I advise pre-health and prelaw students--and also a Writers in the Public Schools Fellow in NYU's Creative Writing Program, which has allowed me to teach creative writing in New York City public schools through the Teachers & Writers Collaborative, an organization that places teaching artists in schools throughout the city in an effort to cultivate the next generation of creative writers,” Brownlee said. “I am also an adjunct professor for NYU's Creative Writing Program and teach an introduction to fiction and poetry course to undergraduate students.”

Brownlee feels that his time in Chapel Hill and as a student at SILS have been invaluable in his poetry and professional life.

“I wrote about half of my first full-length collection, Disappearing Town, while I was a SILS student.  I also met poet Dorianne Laux and her husband Joseph Millar during my time living in Chapel Hill--who I now think of as my ‘poetry parents,’” Brownlee said. “Working for Wanda Monroe as her communications assistant also provided me with real-world communications skills that helped me tremendously in my first full-time job at UT-Austin—and continue to sustain my ‘by-day’ careers (poetry being primarily a ‘by-night’ enterprise), which emphasize professional writing for a variety of purposes.

“I am so thankful SILS provided me with opportunities to explore the library world alongside my passion for creative writing.  My time as a student at SILS has proven invaluable, as it gave me a professional skill-set that has made landing jobs (even in a weak economy) fairly easy. I wouldn't be the writer or higher education professional I am today without my time at SILS.”