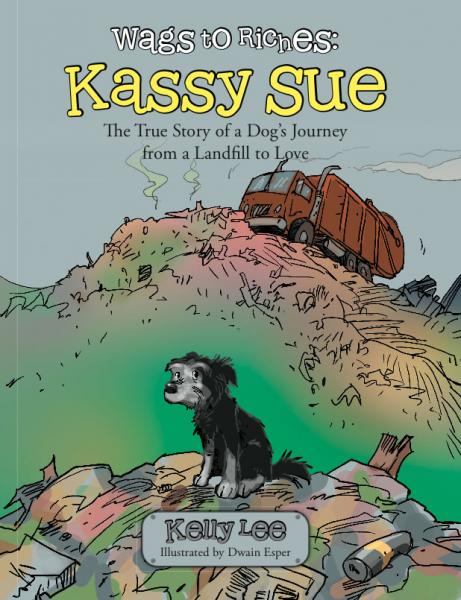 The first in a series of children’s books about rescue animals has been published by Kelly Johnson Lee (ABJM '03, MSIS ‘05), an alumna of the University of North Carolina at Chapel Hill School of Information and Library Science (SILS) and the School of Journalism and Mass Communication. The book, Wags to Riches: Kassy Sue, The True Story of a Dog’s Journey from a Landfill to Love follows the story of the puppy’s rescue from a landfill.

A short-haired black and white Terrier mixed breed dog, Kassy Sue went from spending her time alone and frightened in the landfill, to being rescued and provided a warm and caring home. The book describes her situation in the landfill and the outcome of being adopted by people who cared.

Lee says that she has always loved animals, especially dogs. She grew up with five black Bouvier des Flandres, a special breed that resembles small bears. In addition, she had a Peek-a-Poo, Shih Tzu and several cats. She adopted her first dog while in college at the University of North Carolina at Chapel Hill, which she named Kassy, the heroine of her first book in the series of rescue animals. She has since adopted Emma, a Shih Tzu and three other dogs – Ginger and Zoey, Chihuahuas, and Lexi and toy Maltese.

“My parents started fostering rescue dogs when I was in college,” said Lee.  “My Aunt, Eve Roser, runs a rescue organization in High Point called Roser Rescue. My first two dogs, Kassy and Emma, came from her rescue organization. My other dogs have been adopted from the SPCA of Wake County.” 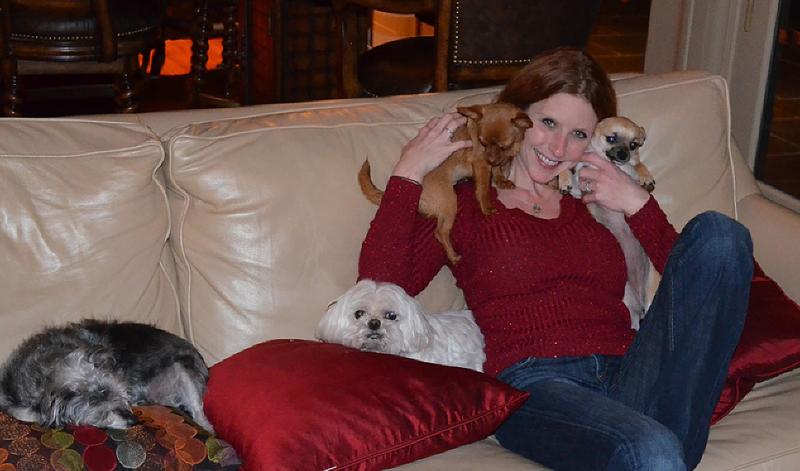 Lee not only rescues puppies who need a good home, she also works to make sure animals continue to be rescued and adopted by serving on the Board of Directors for the SPCA of Wake County. She helps with fundraising and hosting events to raise money for the organization. She also volunteers at other non-profit organizations to contribute to their causes.

Using some of the skills she learned as a student at SILS, Lee manages a Web site and contributes to the social media efforts of the Caring Community Foundation, a non-profit organization of which she serves on the Board of Directors that provides financial assistance for cancer patients in need.

“I studied Journalism and Mass Communications as an undergraduate student, but never imagined going into a computer-related field,” said Lee.  “At SILS I became interested in usability and the science of presenting information to people online. The knowledge gained during my time at SILS led me to a career in usability, search engine optimization and Internet marketing.”

Combining her talents of presenting information to people online and her love of animals has resulted in a book that children will enjoy. According to the Authorhouse Web site, “readers of all ages will enjoy this uplifting story of a true underdog coming out on top.”

Given Lee’s contributions to the charities she loves, it’s not surprising that the proceeds of the book will be donated to animal rescue efforts. Order your copy now at Authorhouse.

Watch for her second book in the series, “Wags to Riches: Emma Lu” which will be available soon.

"I wouldn't have the position I have today if I hadn't taken a management class at SILS that left me wanting more."
-Emily Guhde (MSLS'12)