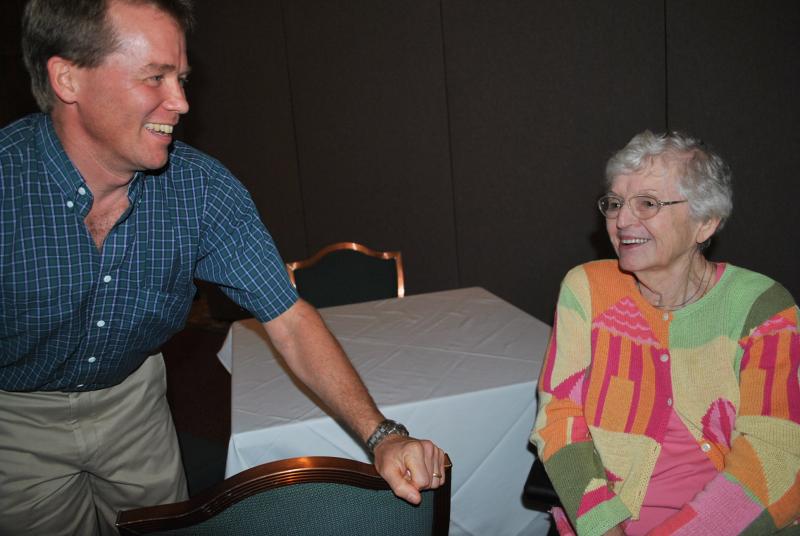 Her career in school librarianship began in 1952 in the state of Kansas where she worked in high schools, and in 1961, she became the first school library consultant for the Kansas State Department of Public Instruction.  She, then, embarked on a career path as a library and information studies educator, first on the faculty of the School of Librarianship, Western Michigan University, then in 1977, she took an appointment as Associate Professor in the School of Library Science at the University of North Carolina at Chapel Hill, and in 1987 she accepted the position of Professor and Chair of the Department of Library Science and Instructional Technology at The University of North Carolina at Greensboro (UNCG), from where she retired in 1995. Under her leadership, UNCG established a distance education program which was the first in the state to offer an entire Master's via a remote satellite campus. 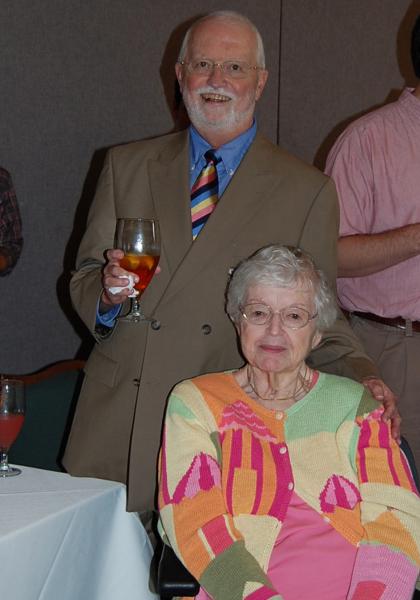 “Marilyn’s vision and willingness to be first were reasons that I looked forward to visiting her,” states Clara M. Chu, Chair and Professor of the UNCG Department of Library and Information Studies, “or the occasional shared car ride to a meeting provided opportunity to get a resolute perspective.”

“Marilyn was not only a friend, she was a fierce and fearless leader,” states Jim Carmichael, Professor at UNCG, “one to not shy away from challenging issues as she was the first ALA President to champion LGBT rights both within and without the profession.”  As President, she led the march during the 1993 ALA Midwinter Meeting to Colorado’s State Capitol opposing Amendment 2 to the State’s Constitution, passed in November 1992, which excluded sexual orientation from the list of groups protected from discrimination.

"Her many achievements and considerable abilities are well-documented," said Dr. Fred Roper, SILS alumnus and distinguished dean emeritus of the University of South Carolina's School of Library and Information Science. "I would like to remind people that Marilyn had a wicked sense of humor, a wonderful ability at one liners and the extraordinary ability to produce zingers without much thought. She was a wonderful friend and colleague and I will miss her greatly."

More recently, Miller served her city on the Greensboro Public Library Board and Friends of the Library, and her state, on the North Carolina State Library Commission.  These and many other professional contributions resulted in her receiving many awards and honors, including:

Miller was President of AASL during the creation of the Information Power (ALA, 1988), the national guidelines for school library media programs.  Her statistical research on expenditures for school library media programs, in collaboration with Marilyn Shontz and published by School Library Journal 1983-2003, has had significant impact on the field.  Moreover, she contributed over 300 publications, talks, workshops and seminars during her career.  Among her books are:

The Dr. Marilyn L. Miller Scholarship Award is established in her name at UNCG, to recognize her long and distinguished service to the School of Education and to the University, as former Chair of the Department of Library and Information Studies.  The award is made on academic merit to students enrolled in a degree program offered through the Department.

The North Carolina Library Association’s Women Issues in Libraries Roundtable (WILR) has awarded the Marilyn Miller Award for Professional Commitment since 2003.
http://www.nclaonline.org/wilr/marilyn-miller-award-professional-commitment
This award recognizes a professional North Carolina librarian who has provided outstanding leadership and service in furthering the status of women in librarianship, the mission of the library community, and/or the support of women colleagues in the workplace.  A plaque and $200 are presented at the NCLA Conference to the award recipient.

No memorial service will be held but friends will celebrate privately Miller’s passion for life and dedication to library service, education and research.  Donations may be made in the name of the “Dr. Marilyn L. Miller Scholarship” at http://advancement.uncg.edu/giving/.

In the upper left photo, Dr. Miller enjoys a conversation with Dr. Brian Sturm, SILS associate professor, during the reception of the 2011 Henderson Lecture. The lower photo features good friends and colleagues, Dr. Fred Roper, SILS alumnus and distinguished dean emeritus of the University of South Carolina's School of Library and Information Science and Dr. Miller.

This news release was adapted from the press release issued by Dr. Clara Chu of the University of North Carolina Greensboro.