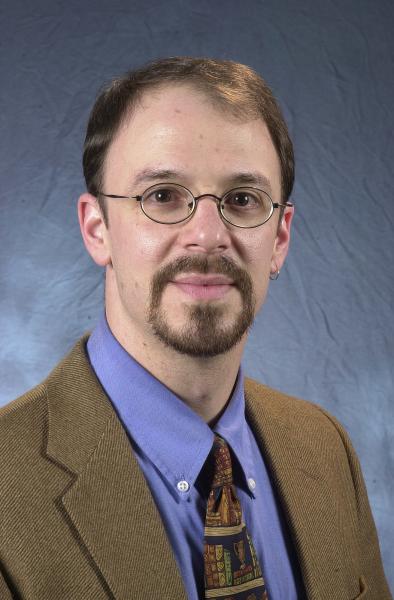 Online education has been around a while.

The University of Phoenix started its online program in 1989, and ads for other online degree programs are now common.

The William and Ida Friday Center for Continuing Education initiated Carolina Courses Online in 1997, and since then more than a score of online graduate and professional school certificate and degree programs have been offered at Carolina.

In 2011, Carolina’s Kenan-Flager Business School began its online MBA program, MBA@UNC, which blended state-of-the-art social technologies, prestigious faculty and rigorous course content to reach working professionals anywhere in the world, just as if they were sitting in Carolina classrooms.

And the School of Government has recently begun the MPA@UNC program.

But within the last couple of years, elite universities across the country created a new buzz of excitement when they began offering massive open online courses – known as MOOCs – that were billed as a super-version of standard online courses in scale, reach and ambition.

In May 2012, the presidents of MIT and Harvard University announced edX, a joint nonprofit MOOC aimed at delivering open online learning opportunities to anyone around the world with an Internet connection. Some 155,000 students took edX’s first course, an MIT intro class on circuits.

The potential of new technologies to better serve society by reinventing what we do and how we do it was an opportunity to be seized, said MIT President Rafael Reif.

With a MOOC, the thinking went, a few star professors could lecture to thousands and enable American universities to project their influence around the world. And that is exactly what Sebastian Thrun, a Stanford research professor and Google fellow, aimed to do in fall 2011 when he co-taught a MOOC on artificial intelligence for 160,000 students from 190 countries.

Thrun said afterward he did not think he could go back to the regular classroom because he had “seen Wonderland.”

Meanwhile, two other Stanford professors, computer scientists Daphne Koller and Andrew Ng opened Coursera, which offered interactive courses to some of the country’s most elite universities.

Then, as Carolina joined with Coursera to step cautiously into this brave new world, a funny thing happened, said UNC faculty members Donald Hornstein and Jeffrey Pomerantz, who launched their MOOCs within a week of each other last September: all that overhype came crashing down.

Looking inside the numbers

The teetering may have begun last summer when Thrun declared the results of MOOCs “a flop” after a much-publicized experiment at San Jose State University, which revealed that students who took two online pilot courses – with access to Udacity mentors – did worse than those who took the same classes on campus. The program was suspended in July.

In December, the University of Pennsylvania Graduate School of Education released a study showing that only about half of students who registered for a course ever viewed a lecture.

Even more concerning is that only about 4 percent of those who registered for MOOCs completed the courses.

Now, troubling articles or editorials about MOOCs abound, said Pomerantz, an associate professor at the School of Information and Library Science who taught the Carolina MOOC on metadata.

But just because MOOCs have lost their mojo does not mean they are dead on arrival, he said. For him, they are an ongoing experiment in search of better results.

What is happening with MOOCs, Pomerantz said, is indicative of the “Hype Cycle,” a tool developed by information technology research and advisory company Gartner, to show five key phases of a technology’s life cycle. The cycle begins with a “technology trigger,” followed by a “peak of inflated expectations,” then a “trough of disillusionment.”

MOOCs are now in this trough, he said, and the next two phases of the cycle will be key: the “slope of enlightenment,” which leads to the “plateau of productivity.”

“Over the past year or so, we have gone from this crescendo of inflated expectations to the trough of disillusionment,” Pomerantz said. “Over the next year to 18 months, we are going to start to see this plateau where we have figured out how to make MOOCs work so they can begin to achieve some of their initial promise.”

Hornstein, a professor in the School of Law, said it was easy for him to be seduced by the big numbers – until he figured out they were not real.

Nearly 25,000 students registered for his MOOC, “Introduction to Environmental Law and Policy.” A good many of those students did not tune in on day one, Hornstein said, and thousands more tuned out along the way.

But therein lies the paradox, Hornstein added. “The estimated 8 percent of students who completed the course represent a far larger number than the largest class I ever taught.”

Pomerantz said some 30,000 students signed up for his course, with 1,400 of them earning a certificate of completion.

“Before my MOOC started, I did a rough calculation of the number of students I have taught in my entire career,” he said. “Honest to god, what I came up with was approximately 1,400, which means that in the span of eight weeks, I taught as many students in one MOOC as I taught my entire academic career.”

The value of trial and error

Hornstein said that although MOOCS have many failings as stand-alone replacements for excellent residential education, they may have some benefits as a supplement to the work done in the bricks-and-mortar classroom.

“For example, I’ve been teaching here for over 20 years, and frankly, I can count on one hand the number of times I have gone and watched somebody else teach,” he said.

But in preparation for his MOOC, he signed up for 12 MOOCs to watch and learn what instructors at other universities were doing well.

“This easy opportunity to watch other excellent instructors in action allowed for a cross-fertilization in terms of my learning about effective teaching from others that I normally would not have had,” he said.

In addition, the MOOC allowed Hornstein to experiment from time to time with combining his online and residential students at the same time. His residential course for undergraduates, “Environmental Law and Policy” – now in its sixth year – is one of the University’s most popular electives, and Hornstein has been asked to teach it at Duke University as well.

“Part of the objective was to help the kids in the MOOC, but it worked both ways,” Hornstein said. “For my current UNC students, there was no better way to learn than to teach, and they gained educational dividends from the experience.”

In terms of MOOCs’ role in higher education, Hornstein believes that MOOCs may still help increase the pace of pedagogical innovation. “Universities should never stand still, and the reason UNC-Chapel Hill is number one, in terms of achieving high quality and low cost, is because we don’t stand still,” he said.

On a personal level, Hornstein has seen some unusual dividends as well.

Although he had been advised to tell his thousands of online students not to email him since he couldn’t possibly respond to them, he ignored that advice.

“I would get several emails a day from my MOOC students from all around the world, from people of all ages and educational backgrounds, and they were heartfelt,” Hornstein said. “Many of them told me they had never spoken to a professor in their lives and felt intimidated and honored to talk with me. Answering their emails personally became the highlight of my day.”

Vice Chancellor for Academic Initiatives Carol Tresolini said she agreed with Hornstein’s realistic assessment and hopeful approach, noting that one rationale for trying MOOCs was the opportunity to enhance the quality of education for residential students.

The process is already under way to solicit proposals for the next round of MOOCs to be approved for funding later this year, she said.

Meanwhile, Buck Goldstein and former Chancellor Holden Thorp have been teaching a MOOC equivalent of the entrepreneurship course they taught on campus in 2012. And just last week, Lorraine Alexander and Karin Yeatts with the Gillings School of Global Public Health launched their MOOC, “Epidemiology: The Basic Science of Public Health.”

Hornstein, who has started the second round of his MOOC this semester, said he is excited about the tweaking he will do in future iterations.

Upper right photo of Dr. Jeffrey Pomerantz, one of the first to teach a MOOCs at University of North Carolina at Chapel Hill.