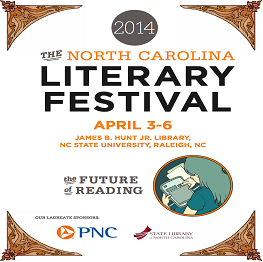 Four Pulitzers, a half dozen National Book and National Book Critics Circle awards, the creator of the Goosebumps series, great programs to help young people explore storytelling, and the latest developments in “The Future of Reading”—the 2014 North Carolina Literary Festival has announced the author and program lineup for the April 3-6 gathering at NC State University and at venues throughout Raleigh.

Dr. Brian Sturm, associate professor and director of Story Squad, and Rebecca Vargha, SILS librarian, will represent the School of Information and Library Science (SILS) at the University of North Carolina at Chapel Hill during the Literary Festival.

Scheduled to perform during the "Children's Section" of the program, storytellers from the Story Squad initiative, established by Sturm will share folktales from around the world for elementary-aged children and their families.

“I’m excited that Story Squad will be part of the NC Literary Festival this year,” says Sturm. “I think it’s marvelous that “literary” is being broadly construed to include story in multiple formats, especially oral performance.”

Vargha will partner with local librarians from North Carolina State University Libraries to discuss and feature unique books from the collections.   The range of materials includes pop-up books, children’s books and more. Pam Pease, a local design engineer and founder of Paintbox Press, will also be on hand to show and discuss her beautiful pop-up books including Macy’s On Parade and Tour de France.

“Although the UNC Information and Library Science Library has one of the first pop-up books ever published in the United States, the primary focus of our collection is on contemporary pop-up books.” Vargha stated.  She added, “ We hope that everyone attending the literary festival has an opportunity to enjoy the artistry of pop-up books and to appreciate the intricate construction techniques used by paper engineers.  The books show action and capture the reader’s imagination.” 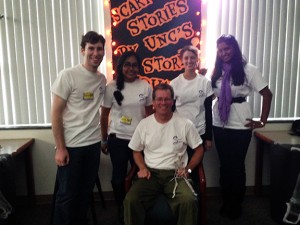 Over 100 writers and events at the Festival will include:

• Junot Díaz, recipient of a MacArthur “Genius” Fellowship and author of The Brief Wondrous Life of Oscar Wao, winner of the 2008 Pulitzer Prize and the National Book Critics Circle Award
• Writer, musician, and screenwriter James McBride, author of the landmark memoir The Color of Water and 2013 winner of the National Book Award for The Good Lord Bird
• Richard Ford, Pulitzer Prize winner and author of The Sportswriter and its sequels, Independence Day and The Lay of the Land
• Lee Smith, North Carolina’s own winner of the O. Henry Award and the Academy Award in Literature from the American Academy of Arts and Letters
• R. L. Stine, the “Stephen King” of children’s fiction
• A host of activities for children provided by NC State’s College of Education
• Bookmaking and comics workshops that will have you learning to bind your own book or creating your own biopic comic in less than an hour

A full listing can be found on the NC Literary Festival Web site. 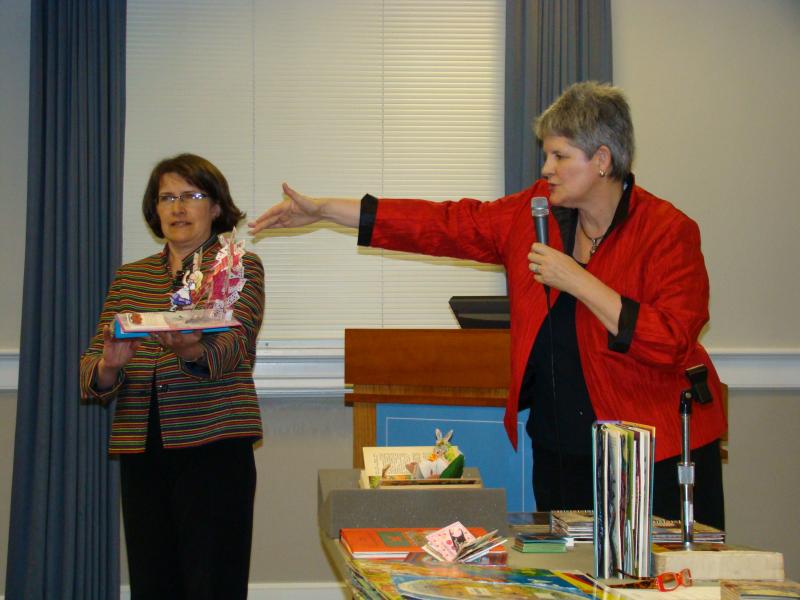 As it has since 1998, the NC Literary Festival will provide the area’s premier event at which audiences can hear, see, and interact with their favorite writers and artists. In addition to programs on fiction, non-fiction, young adult literature, poetry, and drama, the Festival will allow readers to experience and learn more about how transformative art forms such as graphic novels, comic books, and video games are shaping our literary experiences—and how new technologies such as e-readers and online publishing are changing how we encounter new ways to enjoy storytelling.

The majority of the NC Literary Festival will be held in NC State’s new James B. Hunt Jr. Library.  As the “face of NC State in the 21st century,” this new space has generated international attention for its iconic architecture, its transformative technologies, and its simulation and large-scale visualization spaces that encourage and enable new forms of storytelling. The Hunt Library will serve as the festival's thematic centerpiece, inspiring conversations about the future of reading and reading-based technologies.

Food trucks, easy parking, tents with activities for children and their parents, and a wide choice of favorite writers will provide a stimulating and fun gathering for all of us who value the future of reading.

The NC Literary Festival is hosted on a rotating basis by the academic libraries at NC State University, Duke University, and the University of North Carolina at Chapel Hill.  The event is free and open to the public.

Laureate sponsors for the 2014 festival include PNC, Our State magazine, the Poe Endowment for Southern Americana, the Friends of the Library of North Carolina State University, and the State Library of North Carolina, a division of the Department of Cultural Resources that has administered grant funds from the Institute of Museum and Library Services under the provisions of the federal Library Services and Technology Act.