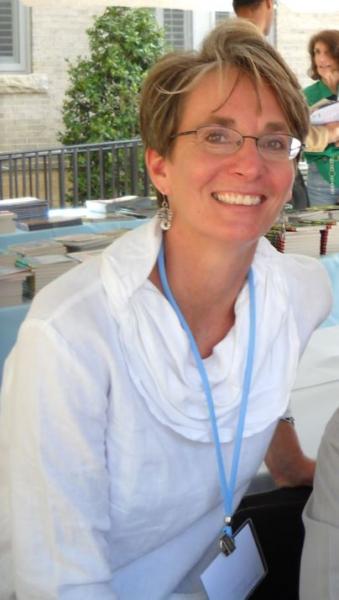 “Sandra is a national expert in school library media whose current research focuses on literacy for African American male youth,” said Dr. Gary Marchionini, dean and Cary C. Boshamer Distinguished Professor. “She is an award-winning teacher recognized by SILS, the University, and the Association for Library and Information Science Education (ALISE). She continues to receive awards related to youth and diversity, and she and her students are increasingly active in the community as well as programs at SILS and on campus. It is fitting that the Administrative Board has selected her as the next McColl Professor."

This past spring, Hughes-Hassell received the 2014 Virginia Hamilton Essay Honor Award for her paper, “Multicultural Young Adult Literature as a Form of Counter-Storytelling” a publication that was included in The Library Quarterly. She also co-authored a Young Adult Library Services Association (YALSA) publication titled “The Future of Library Services for and with Teens: A Call to Action.”

Hughes-Hassell joined the SILS faculty in 2006 from Drexel University where she taught in the College of Information Science and Technology. She previously was an elementary school teacher, an elementary school library media specialist and director of the Philadelphia Library Power Project.

She co-edited the book, The Information-Powered School, which is used in SILS classrooms. She also co-authored Collection Management for Youth: Responding to the Needs of Learners with Dr. Jacqueline C. Mancall and co-edited the book, Urban Teens in the Library: Research and Practice with Denise Agosto. Hughes-Hassell’s works have appeared in both scholarly and professional journals and she has spoken at numerous state and national conferences.

Hughes-Hassell is a SILS alumna, earning her Ph.D. in 1998. She has a master's in education with a major in Library Science, and a bachelor's degree in Early Childhood Education from James Madison University.

“My mother taught everyone in the family to love books, and we have prospered from having access to them and, perhaps more important, knowing where to turn to find the information we need,” McColl said.

A second McColl Term Professorship was made possible in 2005 thanks to support from Bill (BSBA '55) and Sara McCoy and Duncan Smith (MSLS '80).

The McColl Professorship was established in 1997 to recognize faculty who have made notable contributions to research, teaching and service to SILS. It provides a salary supplement and funds for research and travel for a two-year term.