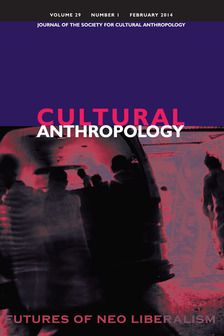 Tim Elfenbein (MSIS ’13), a recent graduate of the School of Information and Library Science (SILS) at the University of North Carolina at Chapel Hill, serves as the managing editor of a journal that this week made a major transition. Shortly after graduation, Elfenbein began serving as managing editor of the academic journal Cultural Anthropology (CA), and on February 3, 2014, with his help, the journal was re-launched as an open-access publication.

“The journal is the flagship publication of the Society for Cultural Anthropology (SCA), which is a section of the American Anthropological Association (AAA),” said Elfenbein. “Cultural Anthropology is one of the more highly cited and influential journals in the discipline. A few months before I began working, the leadership of the SCA announced that CA would be the first established anthropology journal, and the first of the AAA's publications, to become open access.”

"Going open access is not only a big step for the journal Cultural Anthropology, but also for the discipline of anthropology," said Charlie Piot and Anne Allison, editors of Curtural Anthropology. "It's the first of over 20 AAA journals to make this move, and will provide something of a test case. The advantages of the move to open access (OA) are clear: giving free access to articles to anyone who is connected to the Internet (currently, only those who subscribe or are at universities who subscribe, can access the journal), and opting out of the scandalous political-economic relationship between universities and commercial presses (universities currently pay exorbitant sums to buy back products they've produced). The challenges of OA are less clear, but chief among these is finding the funding to pay for the journal's Web site, which now hosts the journal, and the labor to run it. With the help of a brilliant managing editor, Tim Elfenbein, the journal's one salaried-employee, we are currently examining a range of funding models, as well as exploring the ins and outs of what it means to self-publish a journal. It's an exciting but also a daunting challenge." 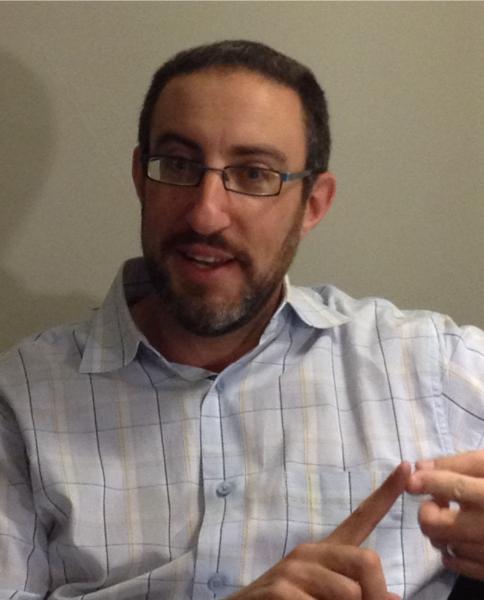 Elfenbein was recommended for the position of managing editor by Kevin Smith, the scholarly communication officer at Duke University and adjunct professor at SILS, who was involved in CA's decision to go open access. Smith became familiar with Elfenbein during the "Law for Librarians" course Smith taught at SILS in the spring of 2012.

"Kevin is an important advocate for OA in the library community," said Elfenbein. "My background is in university press publishing. I was an editor at Duke University Press before coming to SILS. Kevin knew I was in publishing because I was one of the more vocal dissidents in his class when we discussed open access and copyright in his course. I felt that the perspective of publishers needed to be aired in a conversation that too often sees them simply as the enemy. Kevin and Will Cross (MSlS '11), director of Copyright and Digital Scholarship at North Carolina State University Libraries and the second instructor in the class, created an excellent course that provoked lively and productive discussion."

The editors hope this move will expand the audience of the journal to curious readers—academic or not—who would not normally have access to the latest research in anthropology. In addition, SCA President Marisol de la Cadena expressed her hope that the move will influence how anthropological research is conducted: “I hope open access will contribute to the extension of Cultural Anthropology’s intellectual reach, and that this in turn will influence the society’s practice and that of anthropology at large.”

Launched in 1986, Cultural Anthropology publishes peer-reviewed articles at the forefront of anthropological research, critical analysis, and academic writing. The journal endeavors to expand the form and content of anthropological thinking and writing. The current issue of the journal explores topics as diverse as the effects of boredom among homeless populations in Bucharest, the ethical underpinnings of the Egyptian Revolution, and the precarious life of garbage scavengers in Rio de Janeiro. Cultural Anthropology has emerged as one of the most widely cited and respected journals in anthropology under the editorial stewardship of a series of prominent anthropologists.

The journal will be hosted on the SCA Web site, culanth.org, which has become an innovative venue for the publication of non-peer reviewed anthropology in its own right. The Web site, which began as a means of providing supplemental materials for articles in Cultural Anthropology, now provides the platform for the journal's experiment in visual anthropology, the photo essay section, and for curated collections of past articles. Other features of the SCA’s online presence are the AnthroPod podcast, featuring conversations with anthropologists for a general audience, and screenings of documentary videos. In addition, Theorizing the Contemporary and Hot Spots hosts edited series on events of global significance, such as the protests in Brazil and Turkey. The Web site had over 240,000 visits in the past year, and with Cultural Anthropology‘s move to open access, the editors expect to see the audience of both the peer- and non-peer-reviewed content grow.