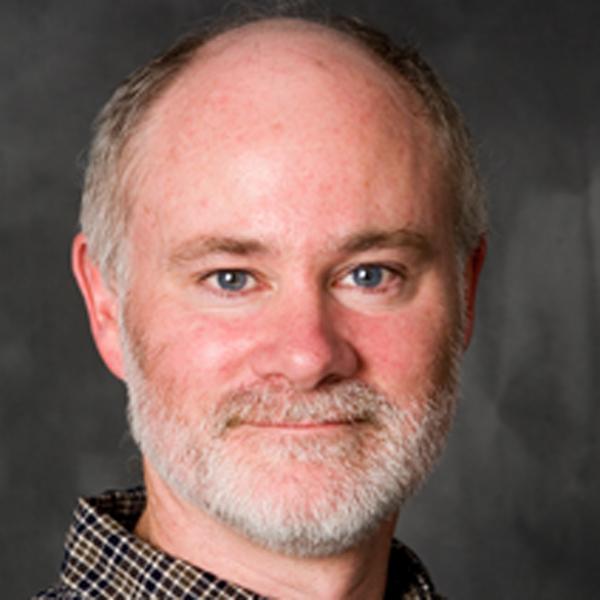 Tim Bucknall (MSLS '89), Assistant Dean for Electronic Resources and Information Technology at the University of North Carolina at Greensboro (UNCG), has received the 2015 University of North Carolina at Chapel Hill School of Information and Library Science (SILS) Distinguished Alumni Award for 2015. Bucknall was recognized at the SILS spring commencement ceremony on May 10.

The award is presented by the SILS Alumni Association (SILSAA) to alumni who have demonstrated a high degree of professionalism, a strong commitment to librarianship or information science, and outstanding service to the profession at the national, state, or local level.

"I am delighted and honored to be selected as the recipient of the 2015 SILS Distinguished Alumni Award," Bucknall said. "I cherish the time I spent at Manning Hall, both for the friendships I developed with fellow students, and for the wisdom and guidance I received from the faculty. The lessons I learned at SILS provided me with the foundation I needed to become a contributing member of the library community."

Bucknall is the founder and convener of the Carolina Consortium, an open coalition that enables libraries in North Carolina and South Carolina to use their bulk purchasing power to obtain favorable pricing on a variety of electronic resources.

Bucknall also developed Journal Finder, the first open URL link resolver and knowledge base to go into production in the United States. Bucknall and his team at UNCG additionally developed NC DOCKS, an institutional repository shared between seven libraries at mainly mid-sized and smaller schools in the University of North Carolina system that provides an affordable repository solution.

Prior to joining UNCG, Bucknall served as electronic services librarian at UNC-Chapel Hill from 1989 to 1994. He received the North Carolina Library Association RTSS Significant Achievement Award in 2001, was named a Mover and Shaker by Library Journal in 2006, and received the Association of College and Research Libraries' (ACRL) Academic/Research Librarian of the Year Award in 2014.