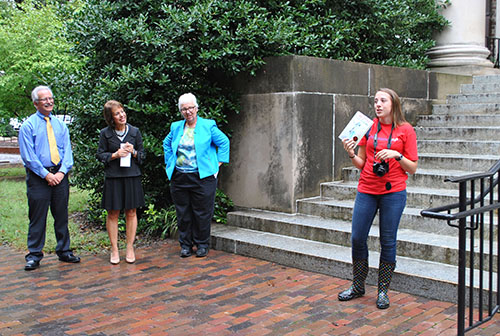 The Coalition of Youth Librarians (COYL), a UNC-Chapel Hill School of Information and Library Science (SILS) student organization, hosted a banned book reading on Tuesday, September 29, in front of Manning Hall. It was one of many events on campus organized by the UNC Center for Media Law and Policy to celebrate First Amendment Day, which is observed during National Banned Books Week.

Just before the reading, the Loreleis and Cadence, two of the University’s premier female a cappella groups, performed controversial music on the steps of Manning. 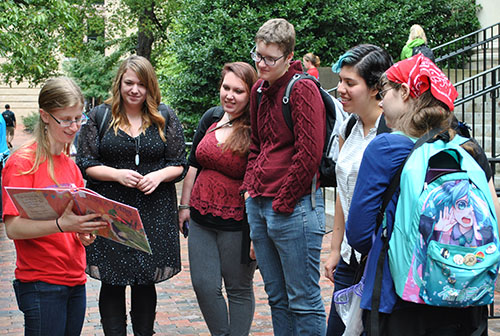 Then, Dr. Cathy Packer from the UNC School of Media and Journalism welcomed the crowd.

Chancellor Carol L. Folt kicked off the reading by sharing a passage from Look Homeward, Angel, written by UNC alumnus Thomas Wolfe. SILS students then spread across the Manning Hall lawn to share excerpts from their own favorite banned books, including Harry Potter and the Sorcerer's Stone by JK Rowling, The Lorax by Dr. Seuss, As I Lay Dying by William Faulkner, and Slaughterhouse Five by Kurt Vonnegut.