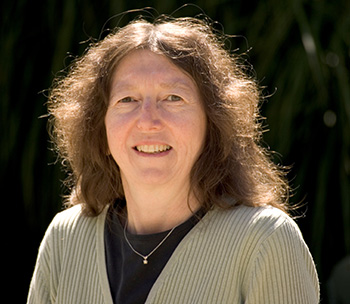 Susan Dumais, Distinguished Scientist at Microsoft, Deputy Managing Director of the Microsoft Research Lab in Redmond, and Adjunct Professor in the Information School at the University of Washington, will be the 2015 spring commencement speaker for the School of Information and Library Science (SILS) at the University of North Carolina at Chapel Hill. She will deliver a talk titled "Shaping Our Information Futures with Purpose, Passion and Persistence."

Prior to joining Microsoft, Dumais was a researcher at Bell Labs, where she worked on latent semantic analysis, techniques for combining search and navigation, and organizational impacts of new technology.  Her current research focuses on user modeling and personalization, context and search, and temporal dynamics of information. She has worked closely with several Microsoft groups (Bing, Windows Desktop Search, SharePoint, and Office Online Help) on search-related innovations.

Dumais has published more than 200 articles in the fields of information science, human-computer interaction, and cognitive science, and holds several patents on novel retrieval algorithms and interfaces. She is past-chair of the Association for Computing Machinery (ACM) Special Interest Group in Information Retrieval (SIGIR), and serves on several editorial boards, technical program committees, and government panels.  She was elected to the CHI Academy in 2005, named an ACM Fellow in 2006, presented the SIGIR Gerard Salton Award for Lifetime Achievement in 2009, elected to the National Academy of Engineering in 2011, and received the ACM Athena Lecturer Award and Tony Kent Strix Award in 2014.

The SILS commencement ceremony will be held on May 10 in the Great Hall of the Frank Porter Graham Student Union. For more information, visit http://sils.unc.edu/news/2015/Commencement.