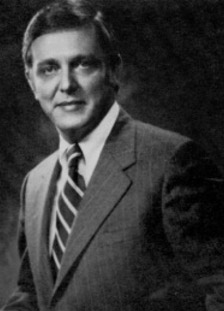 He earned his B.S.B.A. from the University of North Carolina at Chapel Hill in 1953, and supported his alma mater throughout his life. Glenn established an endowment fund for the School of Information and Library Science (SILS) that provides critical financial support for the School’s information technology function. In fact, the Glenn Fund is the only endowed fund at SILS solely dedicated to IT excellence and impact. Glenn also supported the UNC Kenan-Flagler Business School as a member of the 1919 Society.

In 1963, Glenn moved to New Jersey and was admitted to the Peat, Marwick, Mitchell & Co. partnership. He was the partner-in-charge of the firm's Newark office tax practice from 1963 to 1970 and served as the office's managing partner from 1970 to 1976. In 1976, Glenn was transferred to the firm's New York City Executive Office to become Vice Chairman - Tax. He served in this position until his retirement from the firm in 1987. Under his leadership, the firm's tax practice experienced an unprecedented period of growth. In the early 1980s, Glenn recognized the potential impact of computer technology on the accounting profession. As a result of his vision, devotion and perseverance, the personal computer was introduced in the firm's tax practice in 1982, and with it the firm's first standardized electronic mail system was implemented.

While in New York, Glenn also chaired the firm's strategic planning committee that developed and implemented a firm-wide strategic plan and strategic management process that led to the worldwide merger of Peat, Marwick, Mitchell & Co. and Klynveld Main Goerdeler, which at the time was the largest accounting firm merger in history. In addition, he served as the chairman of the firm's tax practice committee and its professional practice review committee - tax, and he served on the board of directors and operating committee. Glenn served in various roles in numerous civic and charitable organizations in North Carolina, New Jersey, New York and Florida. He was also a member of many social and business clubs and organizations, including The Economic Club of New York.

Read more and sign the guest book at http://www.strunkfuneralhome.com/sitemaker/memsol.cgi?user_id=1521415.