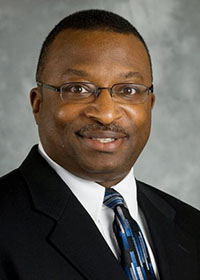 Gerald Holmes (MSLS '85), Reference Librarian and Diversity Coordinator for University Libraries, University of North Carolina at Greensboro, and co-chair of the SILS Alumni Inclusion and Diversity (SAID) Committee, has received the 2015 Black Caucus of the American Library Association (BCALA) Distinguished Service to the Library Profession Award.

The award recognizes individuals who have made significant and extraordinary contributions in service to the library profession, such as introducing new concepts, providing exceptional leadership or setting unprecedented standards for participation in the profession. Holmes was formally presented the award on August 6 during the 9th National Conference of African American Librarians (NCAAL) in St. Louis.

Holmes’ career has focused on the development of early career librarians, and through that work he has consistently encouraged individuals from underrepresented backgrounds to choose the library profession. As a member of the UNC-Greensboro Libraries’ administrative faculty, he led the creation of the Libraries’ Post MLS Diversity Residency Program and its Diversity Committee.  As the Diversity Coordinator, he took on the additional responsibility as a co-principal investigator for three Institute of Museum and Library Services (IMLS) grants designed to recruit and prepare minority librarians for serving their communities in the 21st Century.  As a credit to his work, 55 librarians from underrepresented populations are now working.

In 2014, Holmes was named the American Library Association Achievement in Library Diversity Research Honoree, and he has been selected to receive the Harvey E. Beech Outstanding Alumni Award from the UNC-Chapel Hill General Alumni Association and the North Carolina Library Association Distinguished Service Award later this year. 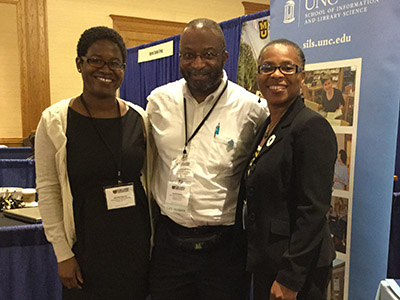