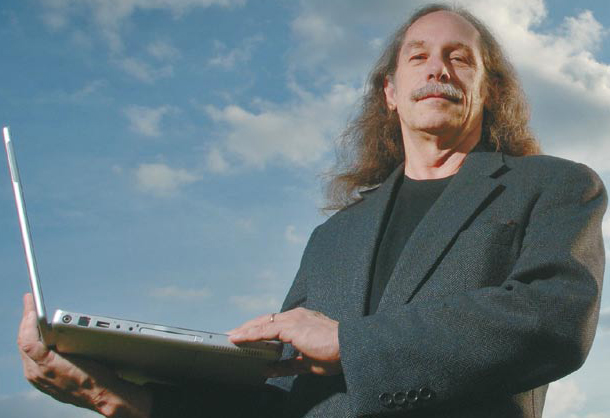 Paul Jones, director of ibiblio and clinical professor at the University of North Carolina at Chapel Hill School of Information and Library Science (SILS) and the School of Media and Journalism, has received a 2015 IBM Faculty Award for $20,000. The funds will help support a project titled “Keeping the Historic Web Alive and Accessible: Preserving and Serving.”

In his recent AAAS speech, Vint Cerf, who is recognized as one of "the fathers of the Internet,” called for “the preservation of content that requires software context for interpretation” and warned of a digital dark age. Jones’ project aims to help address these problems.

“Archivists’ attempts at preserving websites have largely been a process of collecting individual web pages, but user interactions with a complex site cannot truly be duplicated by capturing sets of static pages,” Jones said. “The context of use and interactions is lost when the experience is changed from one of interactivity and customization to one of simply retrieving selected static pages.”

For the current project, Jones intends to attack the problem of historic Web preservation using ibiblio.org as an example and employing existing virtualization and virtual machine management tools, in particular IBM supported VCL Apache. Jones and his team will evaluate the tools and modify as needed, eventually deploying a software environment for real world access as a part of the ibiblio.org program.  Funds from the IBM award will be used to employ graduate students, disseminate findings, and purchase software and hardware as needed.

The project’s findings and software will be distributed with the goal of developing a support and innovation community among archivists seeking to preserve, yet allow access to, interactive web sites. The resulting new processes may also have applications for other fields, enabling users to preserve access to annual reports, older born digital research materials, multimedia materials, and more.

IBM Faculty Awards are competitive international awards that foster collaboration between IBM and researchers at leading universities to stimulate growth in the areas of computer science and technology. Jones previously received IBM Faculty Awards in 2010 and 2011.