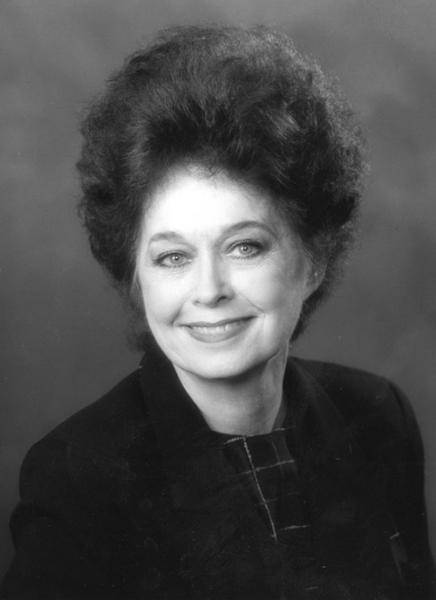 Barbara Semonche (MSLS ’76), founder of The Herald-Sun’s news library, former director of the library at the UNC-Chapel Hill School of Journalism and Mass Communication, and Distinguished Alumna of the UNC School of Information and Library Science, died May 13, 2015, at the age of 82.

Semonche was born in Des Moines, Iowa, Oct. 27, 1932. She graduated from the University of Iowa with a B.S. degree in speech pathology in 1956. In June 1962, she married John E. Semonche and moved to Chapel Hill, resigning her position as a teacher of deaf children in an Evanston, Ill., public school. After some work as a speech therapist and a year as a fourth-grade teacher in Chapel Hill, she earned an M.A. in Special Education at UNC in 1967. She then worked as a language specialist at the Franklin Porter Graham Child Development Center until 1974 when she entered SILS.

Semonche maintained a close relationship with SILS after graduation. She served as President of the SILS Alumni Association (SILSAA) in 1986, received the SILS Distinguished Alumni Award in 1998, and delivered the SILS Spring Commencement Address “History, Mystery and Info to Go" in 2009.

Semonche was a pioneer in the field of news libraries. After completing her MSLS, she approached The Herald-Sun, which did not then have a library, and created library for the newspaper that included not only reference material but indexing and archiving of photographs and news stories. She directed the library until 1990, when she became director of the Park Library at the UNC School of Journalism and Mass Communication.

One of her innovations at UNC was the creation of NewsLib, an international electronic mailing list she launched in 1993. By the time she relinquished this responsibility in 2006, the subscribers to NewsLib numbered nearly 1,200 news librarians, journalism educators, library science students, reporters and media researchers from 30 countries. Semonche also launched and maintained North Carolina Chapter of Special Libraries Association chapter's list and Web site from 1993 to 2001.

In 2000, Semonche won SLA's Rose Vormelker's Mentoring Award. In 2004, she received SLA's John Cotton Dana Award, which is conferred upon a member for exceptional service in special librarianship, longstanding contributions and lifetime achievements in his/her career as information professional. In 2007, she received the David Rhydwen Award for Outstanding Scholarly Contribution to News Librarianship, and in 2009, she was inducted into the SLA Hall of Fame.

Semonche is survived by her husband John E. (Jack) Semonche, her daughter Laura Semonche Jones, son-in-law Robert N. Jones, sister-in-law Daria Primerano, and nieces and nephews. Her family, friends, and colleagues are invited to a remembrance celebration at the family home on 2650 University Drive, Durham, from 5 to 8 p.m. on June 13.