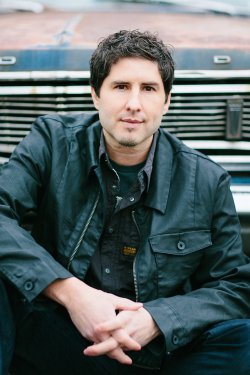 Matt de la Peña, New York Times bestselling author of six critically-acclaimed young adult novels and two award-winning picture books, will give the Susan Steinfirst Memorial Lecture in Children's Literature on March 13, 2016, at 3 p.m. at the main branch of the Durham County Public Library. Hosted by the University of North Carolina at Chapel Hill School of Information and Library Science (SILS), the event will be free and open to the public.

In conjunction with the lecture, de la Peña will spend a week as an artist in residence at a Wake County middle school, helping students create and refine their own work.

The Steinfirst Lecture honors the memory of Susan Steinfirst, a professor of children's and young adult literature at SILS from 1976 to 1996. Steinfirst dedicated her life to the promotion of children's literature by teaching future librarians and by publishing scholarly works in the field. The lecture is made possible by the Steinfirst Memorial Fund, which was established through gifts from Professor Steinfirst’s husband, Gene Story, as well as other family members and friends, in 1997.

The artist-in-residence experience, the newest feature of the Steinfirst vision, was partly funded by a recent gift from Professor Steinfirst's niece, Julia Steinfirst Howard, and her husband, John. Julia Howard remains an active partner and helped SILS envision the Steinfirst expansion.

“He’s a fabulous teacher,” said Hughes-Hassell, who observed de la Peña working with teenagers who attended the Blue Ribbon Mentor Advocate program at UNC this summer. “We wanted someone who was not only an accomplished author, but who also had skills to teach kids about writing.”

De la Peña’s young adult novels include Mexican WhiteBoy, The Living and The Hunted. His first picture book, A Nation’s Hope: The Story of Boxing Legend Joe Louis, was published in 2011, and his second, Last Stop on Market Street, debuted in 2015. De la Peña received his MFA in creative writing from San Diego State University and his BA from the University of the Pacific, where he attended school on a full athletic scholarship for basketball. He lives in Brooklyn, N.Y., with his family, and teaches creative writing and visits high schools and colleges throughout the country.