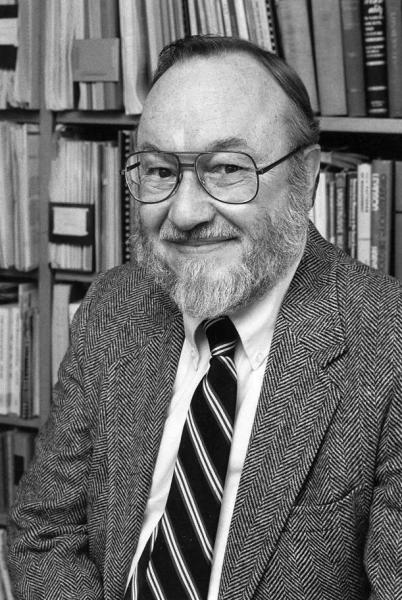 Raymond Leonard Carpenter, Jr., an alumnus, former dean, and professor emeritus of the UNC School of Information and Library Science (SILS), died peacefully on April 25, 2016, while in hospice care with his wife, Patricia, by his side. He was 89.

Born and raised in Watertown, N.Y., he was the son of the late Raymond Leonard Carpenter, Sr., and the late Ethel Smith Carpenter. He joined the U.S. Army upon completing his high school education in 1944. Following basic training he began training in the Japanese language at Rutgers University and the University of Minnesota.

Dr. Carpenter’s passion for teaching and research led to many publications and brought him great joy for over 40 years at UNC. His prodigious research work included a pioneering national study of gender differences in salary and status and a national and state-level analysis of college library operations in terms of the American Library Association's standards (four-year and two-year). These studies and other published work on library economics and demographics, language translation patterns and international librarianship, and international information transfer reflected his background in the social sciences.

He maintained a research association with the Institute for Research in Social Science, received a Senior Fulbright-Hays Research Fellowship, and served as a delegate for the International Federation of Library Associations.

Dr. Carpenter retired in 1992 when he developed an intense interest in the stock market and continued his enjoyment of bird watching. He is survived by his wife Patricia; son Chris; his beloved sister, Diane Pastizzo; and many nephews and nieces. Per his request there will be no services.  In lieu of flowers, please consider donating to a charity of your choice.