UNC School of Information and Library Science (SILS) alumnus Mark Riddle (MSLS ’16) is the author of a new picture book published this month by Enchanted Lion Books. Margarash, illustrated by Tim Miller, is about a young boy and a seemingly-nasty monster who realize that they need each other. Riddle will read from the book and talk about the writing and publishing process at the SILS Library on Monday, November 21, at 6 pm. 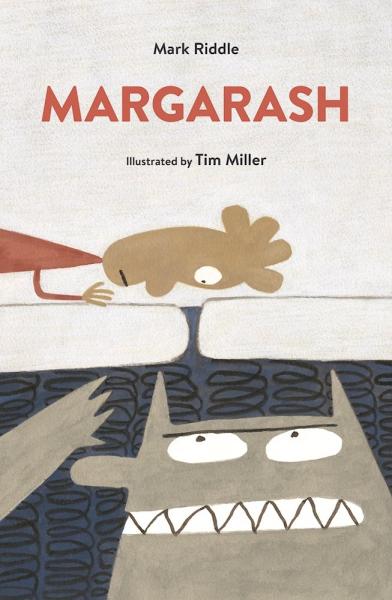 The book has already garnered praise from critics, with Kirkus Reviews saying “Riddle's prose provides a strong momentum overall, driving page turns and inspiring Miller's whimsical, childlike illustrations… A sweet tale of a mutual passion and an unlikely friendship.” Publishers Weekly describes it as “a story with the feel of a modern-day fairy tale or urban legend, one that suggests that compassion and common ground can go a long way toward making friends out of would-be enemies.”

Riddle, who was born in Australia and lived in Taiwan and Turkey among other locations before coming to North Carolina, said the book has been in the works for about six years.

“The initial thought was in Australia,” he said. “It got written up in Istanbul, completely re-written in Ann Arbor, and finally finished to go out to an illustrator in Chapel Hill, just as I started at SILS.”

Juggling the demands of grad school and editing a manuscript was a challenge, Riddle said. “One final go-through was done in the week before I was submitting my master’s paper,” he recalls. But his courses also made him think more deeply about his characters. “I was brought to an abrupt stop more than once in Dr. [Sandra] Hughes-Hassel's Youth and Diversity course,” he said. “I wondered about the ethnicity of my main character–he was not written with any race in mind. During and after class I would wonder whether I should make him a specific race, and if so what would that race be? Would any change I make be genuine? These were all really important questions to think about that have been and will continue to affect my writing as I go forward.”

Riddle said he is discussing his next project with Enchanted Lion Books. He continues to reside in North Carolina with his wife, Kate, their cat, Warda Runciblespoon, and several fish and chickens.

Just before graduation, where he received the Outstanding Service to the School Award, Riddle joined the Chatham Community Library as part of the two-person Youth Services Team for the three libraries in Pittsboro, Goldston, and Siler City. “I've had an absolute blast and am really enjoying myself, particularly my outreach storytimes and three Lego Clubs,” he said.