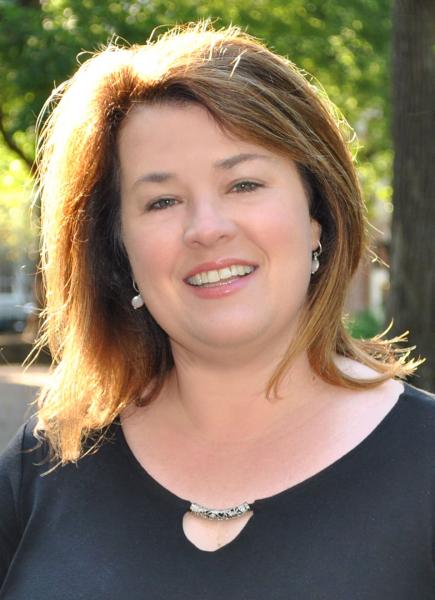 Recipients are chose on the basis of demonstrated excellence in service, dedication to undergraduate students, and a positive impact on a broad spectrum of Carolina students. Harris received a certificate and monetary award, and was recognized at the Chancellor’s Award Ceremony on April 20.

News of the honor came as no surprise to SILS students who have worked directly with Harris.

“Tiffany is so good at what she does because she genuinely cares about the success of both the students and the program,” said Miranda Kalbach, a senior Bachelor of Science in Information Science (BSIS) student. “She's one of the busiest people I know, but she always makes time for me when I stop in with questions or concerns.”

Senior Michael McNeill said Harris’s support started before he even declared his major.

“Tiffany has always been there for me when I needed her, even before I got into the BSIS program,” he said. “Not only has she served as an important resource with immense knowledge on the inner workings of SILS and the University, but she is also an excellent friend. She is one of the shining lights of SILS and is undeniably deserving of this award.”

Alex Rosenbower, a senior BSIS major, said Harris is an unwavering advocate for students, providing guidance and support to help resolve whatever issues students are facing.

“There are mentors with whom we can discuss our questions, professors to provide us answers to these questions, advisors to guide us in our college journey, and then there are those who can act as all three,” Rosenbower said. “In my three years in SILS, Tiffany has been a mentor to me in understanding the ins and outs of the program, a professor to me in teaching me how to present SILS to prospective students, and an advisor who helped me to build the most effective schedules in order to guide me to success."

Harris has been with SILS since 2013, and became Undergraduate Student Coordinator in early 2014. In December of 2015, she received the SILS Staff Excellence Award, which recognizes staff members who have demonstrated excellence, commitment, teamwork, and outstanding service to the School. Before coming to SILS, Harris had worked for the UNC Department of Biomedical Engineering for eight years, earning honors including the Staff Member of the Year Award, Star Heels Award, and the Employee Appreciation Award from the University.