UNC School of Information and Library Science (SILS) Associate Professor Zeynep Tufekci was the focus of a PBS Newshour segment that aired on June 10. Tufekci discussed her new book, Twitter and Tear Gas: The Power and Fragility of Networked Protest, which explores how the internet and social media have enabled social movements to organize more rapidly than ever before, but how that initial burst of momentum can fade almost as quickly because movements lack the infrastructure and leadership to sustain themselves.

Click here or below to watch the full interview. 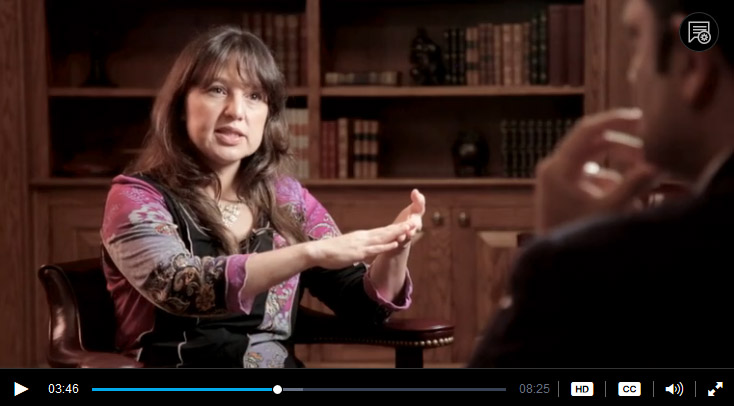 Tufekci, who was already a go-to source for many news media outlets on topics related to social media and the internet’s impact on politics and society, has been promoting the book through multiple interviews and talks over the last few months, including a feature story in WIRED magazine. She has also been a guest on NPR's 1A, talking about how the internet can shape people's political views, delivered the keynote address titled “Technology and Its Workforce at an Ethics Crossroad,”at Drupalcon in Baltimore, and spoke to Teen Vogue and USA Today about social media’s evolving role in tragedies like the bombing at the Ariana Grande show in Manchester.

Since its debut earlier this spring, Twitter and Teargas has garnered positive reviews from Publishers Weekly, The Washington Post, and the Financial Times, among others. Publisher's Weekly described it as a “comprehensive, thought-provoking work makes a valuable contribution to understanding recent political developments and provides a clear path by which grassroots organizers can improve future efforts." The Washington Post said the book “has the feel of a work that will be long cited — and deservedly so — by activists, technologists and others grasping at the relationship between our causes and our screens.”

Combining on-the-ground observations with insightful analysis, Tufekci explains the role the internet played in the Zapatista uprisings in Mexico, the power of remote Twitter users to organize medical supplies during the Arab Spring, the refusal to use bullhorns in the Occupy Movement that started in New York, and the empowering effect of tear gas in Istanbul’s Gezi Park. She also examines at how governments have responded to the rise of digital tools with their own methods, including misinformation, distraction, and surveillance.

Tufekci negotiated with her publisher to release both a bound book edition and a creative commons copy available as a free PDF download. Offering a free copy of a book that you also want to sell may seem counterintuitive, but Tufekci said she wanted to share her insights on social movements and the networked public sphere as widely as possible, and to make sure anyone could read it regardless of their location or financial resources. Tufekci, who grew up in Istanbul, Turkey, before coming to the United States for graduate school, knows firsthand how frustrating it can be to have limited access to books and knowledge.

To help motivate readers to purchase a copy, Tufekci has committed to donating any personal profits to organizations that support refugees. She hopes the approach will be successful enough to persuade additional authors and publishers give it a try.

“Encouraging more free creative commons copies is especially important for people in developing countries for whom book delivery and cost is an issue,” Tufekci said in a blog post. “I was such a person until I came to the United States. I was never able to afford or find all the books I wanted to read . . . If [enough people buy this book] publishers can feel more empowered to let other authors provide free copies online.”

In addition to her appointment with SILS, Tufekci has an affiliate appointment with the UNC Department of Sociology. She is also a faculty associate at the Harvard Berkman Klein Center for Internet and Society and a contributing opinion writer at the New York Times. Previously, she was an Andrew Carnegie Fellow and a fellow at the Princeton University Center for Information Technology. Her work explores the interactions between technology and society.