In her latest column for The Atlantic, UNC School of Information and Library Science (SILS) Associate Professor Zeynep Tufekci argues that China’s increased use of surveillance and censorship may have prevented its leader from recognizing the Coronavirus threat until it became an international crisis.

In “How the Coronavirus Revealed Authoritarianism’s Fatal Flaw,” Tufekci traces the progression of the disease from early December when doctors first discovered vendors from a seafood market were falling ill from an unknown virus, to late January when China initiated a severe lockdown in the Hubei province and begin to restrict the movements of millions of its citizens.

Tufekci also outlines how Xi Jinping, general secretary of the Communist Party of China, has worked to concentrate his power and suffocate dissension, which may have helped insulate him from early reports of the virus.

“Xi would be far from the first authoritarian to have been blindsided,” Tufekci writes. “Ironically, for all the talk of the technological side of Chinese authoritarianism, China’s use of technology to ratchet up surveillance and censorship may have made things worse, by making it less likely that Xi would even know what was going on in his own country.”

Homepage preview image: Rest in Peace posters of Dr Li Wenliang, who warned authorities about the coronovirus outbreak, at Hosier Lane in Melbourne, Australia. Photo by Adli Wahid on Unsplash 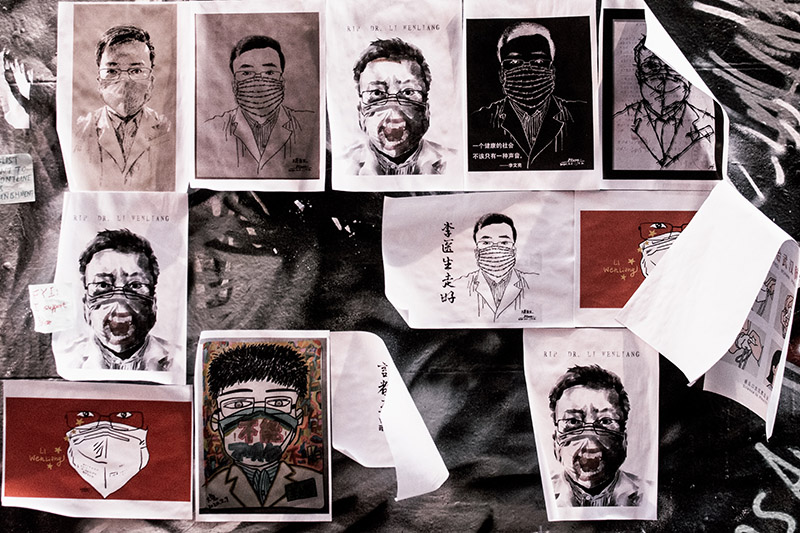