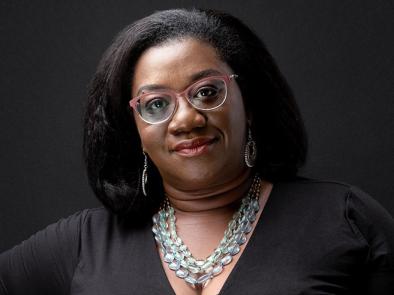 The list spotlights the top 200 education scholars who move ideas from academic journals into the national conversation and ranks university-based scholars in the United States who did the most last year to shape educational practice and policy. Using nine metrics, Hess calculated how much university-based academics contributed to public discussions of education. McMillan Cottom ranked No. 26 in the nation to land in the official top 200 education scholars. Over 20,000 university-based faculty tackling educational questions in the U.S. are considered for the list.

“One small way to encourage academics to step into the fray and revisit academic norms is, I think, by doing more to recognize and value those scholars who engage in public discourse,” Hess said. “As I see it, the extraordinary policy scholar excels in five areas: disciplinary scholarship, policy analysis and popular writing, convening and shepherding collaborations, providing incisive media commentary, and speaking in the public square."

To view the entire list of ranked scholars, visit: https://www.edweek.org/policy-politics/opinion-the-2023-rhsu-edu-scholar-public-influence-rankings/2023/01

"SILS gave me a wider understanding of the information technology landscape and the ability to understand the underpinnings of the technology, as well as the social issues of users and society."
-Patrick Hodges (BSIS'15)