Researchers from the Visual Analysis and Communication Laboratory (VACLab), a research lab housed at the UNC School of Information and Library Science (SILS) and led by Gotz, will launch a study to identify the ways in which current data visualization methods can lead people to interpret visualized patterns as 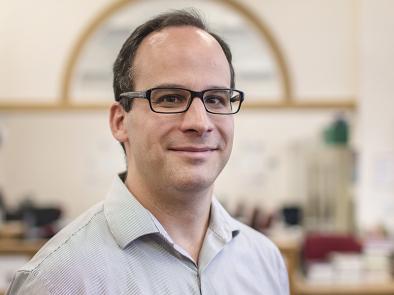 “People often look at visualizations of data and assume the relationship they’re looking at is somehow causal,” Gotz said. “However, current data visualizations can mislead users into drawing causal inferences because they often fail to communicate many of the interactions that exist between explanatory variables and their effects.”

As part of this research study, the lab will work to develop a new approach to visualization based on the concept of counterfactual reasoning - a central pillar in casual analysis – that is designed to help users draw more robust and generalizable inferences.

In addition to helping advance our understanding of causal inference within the context of data visualization, the research also aims to produce open-source software tools that prototype the new approaches that will be developed over the course of the project. The researchers also aim to evaluate their work within the context of large-scale population health projects – offering potential for societal impact through improved health outcomes.

To learn more and keep up with the project and VACLab, please visit https://vaclab.unc.edu/.