Equipped with the HTC Vive and Oculus Rift, the SILS Virtual Realty Room offers immersive virtual experiences to everyone in the SILS community, whether you're trying VR for the first time or conducting cutting-edge research. 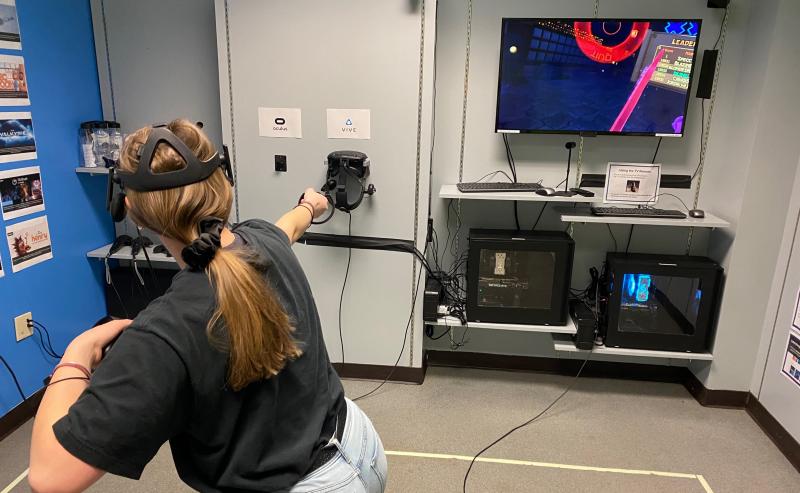 What is Virtual Reality?

Virtual Reality (VR) is a computer technology that places you in a simulated environment. It uses a headset to generate realistic images and sounds, making you feel like you're physical present in the virtual world. In many cases, you can walk around and interact with virtual objects using specialized Touch controllers. Though VR is commonly used for video games, virtual socialization, and 3D films, it has also been applied to countless other fields including education, medical training, and physical therapy.

The Virtual Reality Room is available by reservation to all SILS students, staff, and faculty, including any student currently enrolled in a SILS course. It can be used for academic or recreational purposes. To reserve the room, book an appointment online, email us at silshelp@unc.edu, or stop by the SILS Help Desk in the SILS Library.

Once your appointment arrives, stop by the desk to pick up the key to the VR Room. Inside the room, you will find instructions on how to set up the equipment, switch between headsets, and launch VR applications, as well as important safety considerations. If this is your first time using the room or you just need a refresher, we're glad to walk you through it!

Please note, it is highly recommended to be accompanied by another person while using the VR Room. 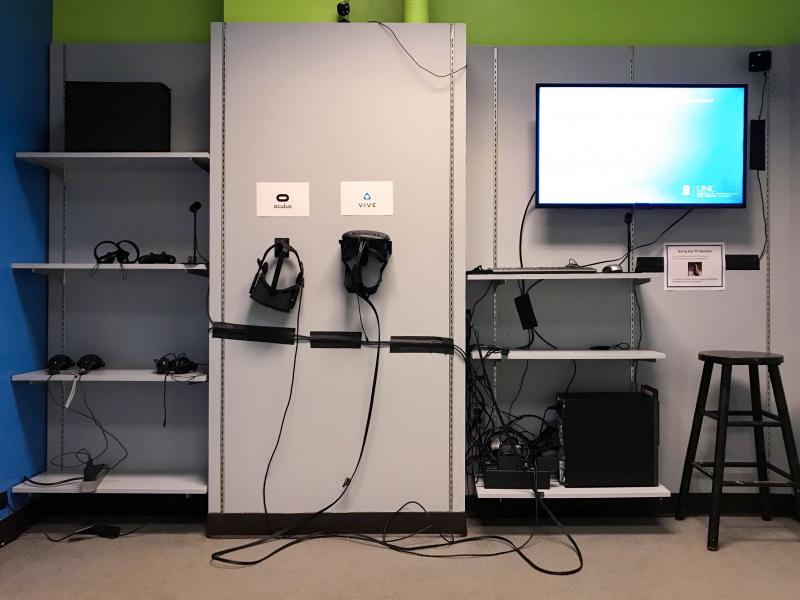 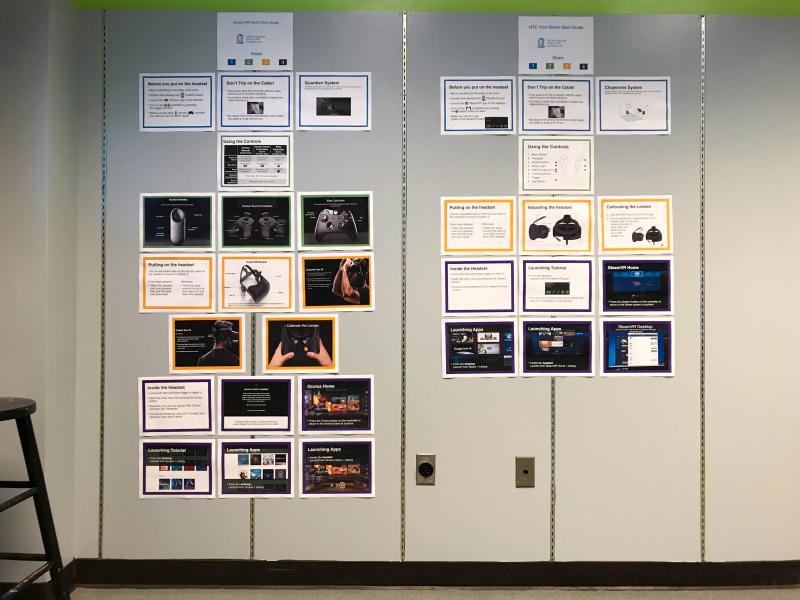 What games are available?

Below is a list of currently available games and experiences. Feel free to contact the Help Desk with recommendations for new acquisitions!

Dreamdeck transports you to impossible places and magical worlds. With a variety of immersive scenes that showcase the power of VR, Oculus Dreamdeck is an excellent introduction to VR experiences.

First Contact is an official Oculus experience designed to be your entryway to Oculus Touch. Experience the magic of ‘presence’ in VR, exploring moments that feel as real as they are fantastically impossible. We've built a magic box full of toys and a robot guide make a new friend, then touch, tap, bounce, hold and throw things, and play together.

Henry is the story of a little hedgehog with a big problem… he loves to hug! After ending up alone on his birthday, he’ll make a wish that changes everything.

Welcome to The Lab, a compilation of Valve’s room-scale VR experiments set in a pocket universe within Aperture Science. Fix a robot, defend a castle, adopt a mechanical dog,and more.

Lucky's Tale is a delightful platforming adventure game designed exclusively for the Oculus Rift. Join Lucky as he runs, jumps, climbs and spins his way through bright, colorful worlds filled with thrilling challenges, wacky creatures, and all the shiny things a little fox could ever want.

In EVE: Valkyrie, you are an elite space fighter pilot who has recently become immortal, thanks to the efforts of Rán Kavik, leader of the breakaway pirate group known as the Valkyrie. As a newly-recruited member of the Valkyrie, you will battle rival pirate factions for wealth, supremacy, and notoriety. The voice of Rán is brought to life by Battlestar Galactica star Katee Sackoff.